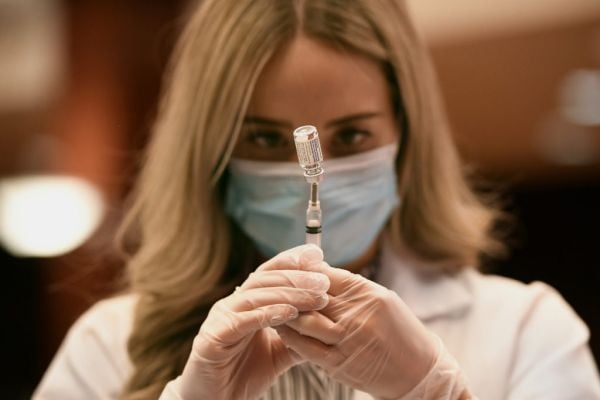 The value of moving those under the age of 35 up the priority list for Covid-19 vaccination in Ireland should be considered, according to an immunologist.

Professor of immunovirology at University College Cork, Liam Fanning, said the move should be discussed as younger people are more likely to spread the virus.

Those aged between 18 and 54 without underlying health conditions are currently the last group scheduled to be vaccinated in the State.

“Most infections are currently in the under 45 [age group], so 16 to 35 [year olds]… covers Leaving Cert students, university students – those who are most active in society,” he said.

Prof Fanning added that this cohort had “given up an awful lot of their life experiences for the protection of others in this pandemic.”

“I think it’s worth having a very level-headed discussion about the value of skipping a few,” he said.

The Irish Times reports that Prof Fanning raised the idea at a Zoom meeting of the Independent Scientific Advisory Group (ISAG), which involves academics, scientists and researchers advocating for a zero Covid strategy in Ireland.

“The chronically ill, the transplant patients, the kidney patient, the CF patient they obviously need to come up the list of priorities, but then we have to see,” he said.

He added that younger people moving up the priority queue would have to be based on evidence, “because if they skip the queue somebody else is going to be pushed down the queue.”

More than half of the Covid-19 cases confirmed last week were among people under 35 years of age, according to figures from the Health Protection Surveillance Centre.

Prof Fanning also said there was a “good argument” to be made for letting those over the age of 70 who are vaccinated “mingle amongst themselves.”

However, Dr Anne Moore of UCC’s school of biochemistry said allowing older people to emerge from cocooning after they were vaccinated still posed a risk.

“We have four per cent of the population who’ve had two vaccines, we still have the risk of a lot of transmission coming back and circulating around the country,” she told the ISAG meeting.

“My personal feeling is we’re not quite ready to do that yet… We’ve already let the brakes off once and gone skidding down that hill,” she said.

It comes as the National Public Health Emergency Team (Nphet) will meet today to consider new guidance on nursing home visits and the possibility of a “vaccine bonus” with increased freedoms for residents in the coming months.