Covid-19: Ireland ‘sailing close to the wind’ as decline may have stabilised 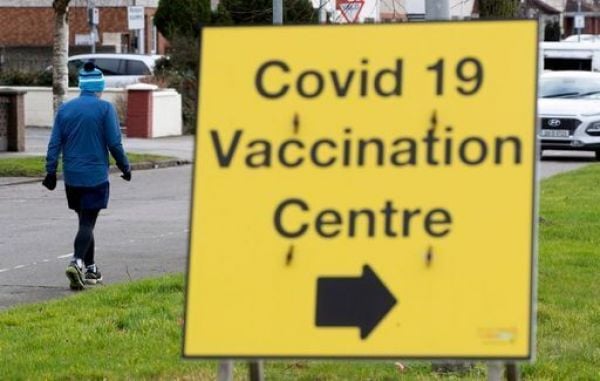 The Department of Health has been notified of 592 new cases of Covid-19 and 10 additional deaths, as the National Public Health Emergency Team (Nphet) raised concerns that recent progress seems to have stabilised.

Ireland’s 14-day incidence rate is now 162 cases per 100,000 people. As of 8am this morning, there were 259 patients with the virus in hospital, 87 of whom were being treated in intensive care.

Despite the progress made to this point in reducing the incidence of the virus, the chair of the Irish Epidemiological Modelling Advisory Group has warned they are beginning to see a “number of causes for concern”.

Professor Philip Nolan said Ireland is “sailing very close to the wind” as the reproductive number, or R number, is now difficult to determine, but estimated to be between 0.6-1. This means the virus is either “stable or declining” he said.

Prof Nolan said there remains “a high risk of a surge in the unvaccinated population”, but added the incidence of the virus in healthcare settings has reduced considerably.

Professor Nolan said the return of pupils to schools may see an increase in the number of outbreaks in education settings, however such outbreaks are relatively rare.

Prof Nolan also raised concerns regarding increased levels of mobility, with approximately 60 per cent of workers now attending the workplace. Despite this, the number of close contacts of confirmed cases in adults remains stable at 2.6 he said.

Nphet has also approved new guidance from the Health Protection Surveillance Centre (HPSC) regarding visitations to long term residential care facilities which will come into effect on March 22nd.

The guidance allows for nursing home residents to receive two visits per week on compassionate grounds, while the March 22nd date will apply to facilities where there is a high level of vaccination, with no special circumstances needed, Prof Cormican added.

Elsewhere, Taoiseach Micheál Martin and Tánaiste Leo Varadkar are both reported to have told their respective parliamentary party meetings on Wednesday evening that significant restrictions will remain in place for at least another two months.

The Government’s hands are said to be tied due to vaccines shortages and no major easing of restrictions is expected in April.

Earlier today, the Government aired their frustrations in the Dáil over AstraZeneca’s failure to meet supply agreements, with the Minister for Health Stephen Donnelly describing the company’s operations as “unacceptable”.

The HSE’s chief executive also commented on the ongoing vaccine rollout issues, saying it was “bizarre” that shortages were being blamed on the HSE as opposed to the manufacturers.

Speaking at the HSE’s weekly press briefing, Paul Reid was particularly critical of AstraZeneca, saying their confidence in the company has been “rocked”.

Mr Reid cast doubt on whether the supplier will be able to meet its full commitment to supply 377,000 vaccines by the end of March, adding between 75,000-85,000 doses of the vaccine are expected to be administered next week.