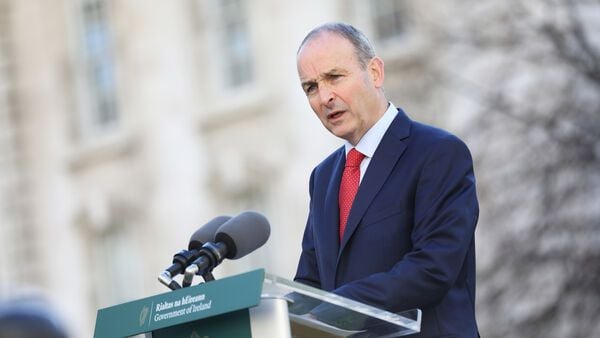 Significant Covid-19 restrictions are set to remain in place for at least a further two months.

The Irish Times reports that Government sources have downplayed the chances of any major easing of lockdown in April, with restrictions likely to continue until the second half of May.

The State’s hands are tied by vaccine shortages, both the Taoiseach Micheál Martin and the Tánaiste Leo Varadkar told their parliamentary party meetings on Wednesday night.

Efforts to secure manufacturing of vaccines or excess doses have reportedly proven futile.

Mr Martin told the Fianna Fáil party meeting there “is no magic tree when it comes to vaccines”.

Their comments came as the procurement process for vaccines was criticised by a number of Government TDs.

Fianna Fáil TD Marc MacSharry reiterated his call for the Government to source vaccines outside the EU programme, while TD John McGuinness told the Taoiseach he had contacts on Capitol Hill who told him vaccines could be sourced in other places.

In response, the Minister for Health Stephen Donnelly said there was “no mountain” of vaccine supply available for the State to tap into.

Mr Martin said the Government would be offering supports to any pharmaceutical companies who wished to manufacture vaccines in Ireland.

Government members said the country was “on course” to extend the 5km limit, resume some outdoor activities and reopen construction but warned that just one big outbreak could destabilise matters.

Mr Varadkar told Fine Gael’s parliamentary party that no decision on easing restrictions would be made until the week leading up to April 5th, warning the focus would be not to jeopardise schools and childcare.

One source has said the Government will adopt a “minimalist approach” for the next six-week plan, which will last until May 23rd, and will not bow to sectoral interests.

Some changes around nursing home visits will be considered for April 5th if advice from public health experts supports the move, senior sources said.

It comes as the European Medicines Agency is expected to approve the use of the single-dose Johnson and Johnson vaccine later today.