Johnson and Johnson vaccine should be in Ireland next month, Varadkar says 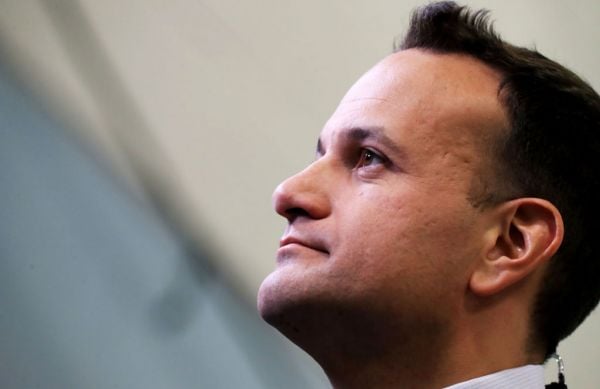 The single dose Johnson and Johnson vaccine should begin arriving in Ireland next month, the Tánaiste has said.

Leo Varadkar anticipates supplies will be approved by the European Medicines Agency (EMA) on Thursday, it is understood.

The Government has been under pressure over the speed of its inoculation programme, as Northern Ireland and the rest of the UK races through priority groups.

Mr Varadkar told Fine Gael’s parliamentary party meeting on Wednesday evening that Covid-19 as a severe disease in nursing homes is almost gone and there have been very good results in frontline healthcare workers.

He said case numbers were going down slowly and the number of patients in hospital intensive care units has fallen below 100.

Mr Varadkar said all countries would need their own supply of vaccines for several months yet.

He predicted the pipeline will continue to improve.

He said no decision on easing restrictions would be made until the week leading up to April 5th, warning the focus would be not to jeopardise schools and childcare.

Ireland is to receive an extra 46,500 Covid-19 vaccines by the end of the month, Taoiseach Micheál Martin has confirmed.

It comes following a deal reached by the European Union to secure an additional four million doses of the Pfizer vaccine, which will be supplied across EU countries.

Mr Martin said the vaccines would arrive by the end of March.

Pleased this morning to have confirmation from Commission President @vonderleyen that Ireland will secure an additional 46,500 Pfizer BioNTech vaccines before the end of March. When they get here, they will be administered quickly. Efforts ongoing to increase production.

He tweeted: “Pleased this morning to have confirmation from Commission President (Ursula von der Leyen) that Ireland will secure an additional 46,500 Pfizer BioNTech vaccines before the end of March. When they get here, they will be administered quickly. Efforts ongoing to increase production.”

The announcement will be widely welcomed by public health officials who have expressed frustration over vaccine supply lines.

HSE chief executive Paul Reid said that the first-quarter target was reduced to 1.1 million from an initial 1.7 million.

So far, great signs of the impacts of vaccinations. Serial testing in nursing homes at 0.2% positivity. Percentages of cases in healthcare workers down from 16% to 4%. Mortality, infections and transmissions levels down, along with hospitalisations and ICU. @HSELive #COVID19

New data has revealed a big jump in the number of people moving around in the last month.

New figures show that retail and recreational mobility is up 16 per cent, workplace mobility up seven per cent and footfall in Dublin city up 29 per cent.

A Government official said that meant an increase of nearly 900,000 people on the move.