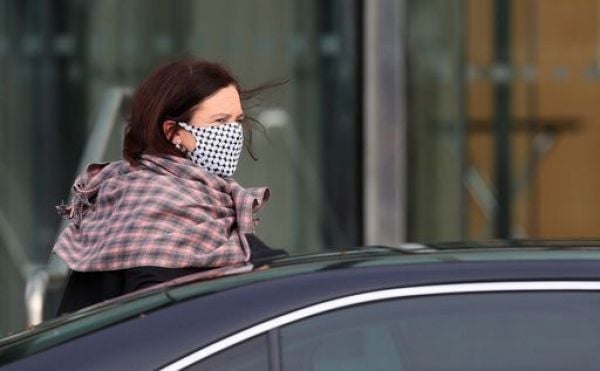 It was not true that Sinn Féin was sectarian and anti-British, she told RTÉ radio’s Today with Claire Byrne show. “In fact at the core of Irish republican philosophy is the ambition to unite Catholic, Protestant and dissenter, and in modern terms you could extend that way beyond those particular denominations or descriptors, absolutely not.

“I don’t think that second guessing or challenging or citing anybody’s religious beliefs or religious traditions is an appropriate stance for anybody in political leadership ever, but certainly not now in the year 2021.”

Ms McDonald said that the Tánaiste had apologised because he was wrong, “absolutely I accept that, and I hope there’s no repeat of it.

“I hope everybody has heard that the Tánaiste Leo Varadkar was wrong on every level, he has accepted that he was wrong, and he has apologised for that and more to the point, whatever about the political debate and was the case yesterday, a very crass attempt at political point scoring.

“More importantly I hope all of us can acknowledge and accept that people’s religious beliefs, their faith beliefs are private matters, they are not matters for public commentary and it’s not up for point scoring or name calling, that is highly inappropriate and the Tánaiste accepts that.”