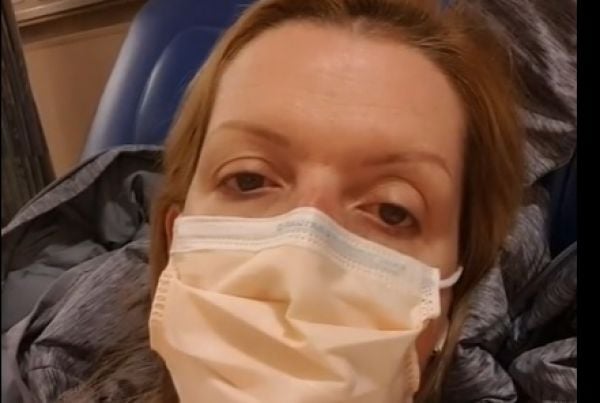 CervicalCheck campaigner Vicky Phelan was admitted to hospital due to side effects after she underwent the fourth round of her immunotherapy trial in the US.

Ms Phelan, 48, is in Maryland for a clinical trial of a new cancer treatment.

The mother-of-two has revealed that she was taken to hospital yesterday due to vomiting and nausea.

Ms Phelan said: “I landed myself in the hospital again today after having treatment only yesterday. I woke up this morning (Wednesday) and I knew I was going to be vomiting for the day.

“I felt nauseous and I felt like every time I moved my head, my brain moved and it made me even more nauseous.

“That’s the only way I have of describing what happens to me when I have days like this.

“So, I got up and took my anti-sickness/anti psychotic drugs and went straight back to bed to try to make sure that the drug hit my stomach and had a chance to work before I puked.

“I managed to not vomit for one hour 15 minutes, probably not long enough, and that was the start of a day of nausea, vomiting and headaches.

“By 5pm, I couldn’t take any more because there was no sign of improvement and by then I had NOTHING in my stomach to vomit back up so I was now, at this point, vomiting bile juices which is not good!”

She added: “We’ve tried a couple of anti-sickness medications, interestingly enough actually one of the drugs, I told my pharmacist about this at home and he was fascinated.

“One of the drugs is an antipsychotic drug called Olanzapine, it’s actually used to treat schizophrenia and bipolar disorder, I have to take that drug four days in a row, on the day of treatment and three other days.

“So, they found it works really well as an anti-emetic in cancer patients, so that’s interesting but that doesn’t seem to be working for me so I don’t know what we’re going to do now, we’ll just have to wait and see.

“I just hope it doesn’t mean I’m going to have to come off it or anything, I just hope my body will adjust, I hope it’s just my body trying to adjust to this new drug and eventually it will settle down, we’ll just have to wait and see.”

Ms Phelan said she was allowed to leave the hospital after two and a half hours as her blood tests were clear.

She said she is hopeful there will be no further side effects in her fifth round of treatment.