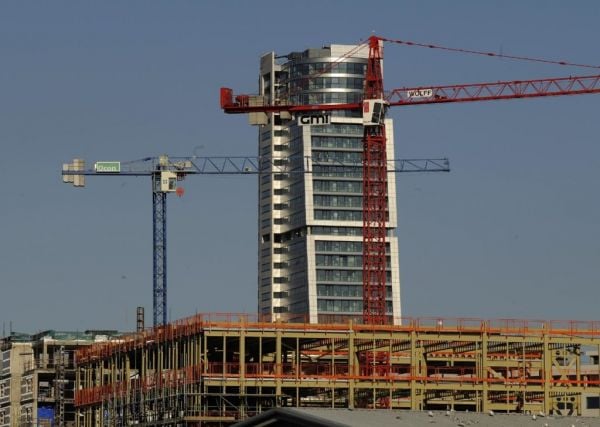 Irish construction workers are being recruited to work in Britain while sites here remain largely closed due to Level 5 restrictions.

Industry representatives in Ireland fear workers will leave for Britain, resulting in a major skills shortage in the State according to The Irish Times.

The Irish Plant Contractors Association (IPCA) is concerned thousands of skilled machine operators are being targeted for recruitment, claiming up to six British firms have stepped up advertising campaigns.

Despite Brexit, Irish people maintain the right to live and work in Britain as part of the Common Travel Area, making them ideal candidates.

The IPCA believes approximately 2,500 people who were working in Ireland have now accepted positions.

The group called for plant hire workers to be permitted to return to sites as they have “very little contact with other people” and could be preparing for projects which will return when restrictions are eased further.

Plant hire workers in Ireland make roughly €800 per week, but UK firms are believed to be offering up to double the weekly wage, while other larger projects are also said to be offering accommodation for workers.

IPCA chief executive Brian Coogan said a lot of talent is being lost by workers going to Britain.

“These people who have left these shores in the last couple of months are in the thousands, and it’s now starting to stack up.

“You are losing very talented people, not just construction machinery operators, but architects, brick layers, carpenters and [quantity surveyors]. All these talented people who could be and should be working in Ireland are leaving our shores to work elsewhere,” Mr Coogan said.