US set to outline support for Belfast agreement 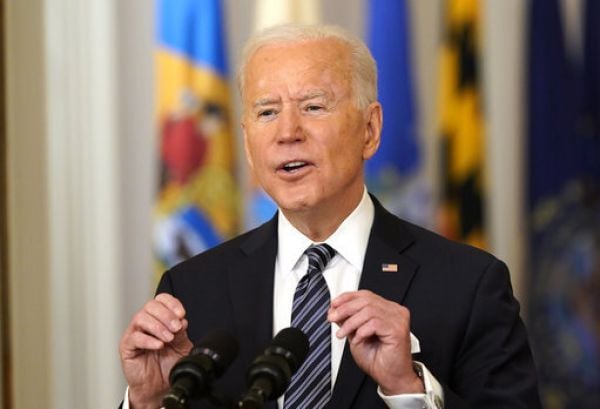 The US Senate is set to unveil a resolution highlighting its support for the Belfast agreement.

The Irish Times reports that this is the latest indication of bipartisan backing of the Northern Ireland peace process.

The news comes ahead of Taoiseach Micheál Martin’s online meeting with Joe Biden next week.

The annual event is being held virtually due to the Covid-19 pandemic.

The Irish Times has seen a draft of the resolution which pledges support for the “full implementation” of the agreement and subsequent efforts “to support peace on the island of Ireland”.

It also states that any new trade agreement between the US and UK should be contingent on the conditions of the Belfast agreement being met.

The Northern Ireland Protocol, which is currently a point of contention between the UK and the EU, is also mentioned.

It is understood the resolution will be brought before the Senate early next week, in advance of St Patrick’s Day.

The draft resolution states that the reintroduction of “barriers, checkpoints or personnel on the island of Ireland”, including through article 16 of the Northern Ireland protocol, “would threaten the successes of the Good Friday [Belfast] Agreement”.

The resolution is being proposed by Democrat senator Bob Menendez, the chair of the Senate foreign relations committee, and Susan Collins, a Republican senator from Maine.

There has been a renewed focus on tensions in Northern Ireland in Washington recently.