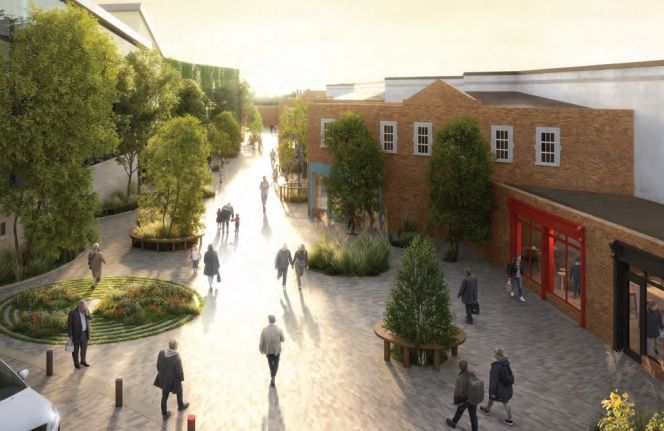 THERE was widespread delight at news that Carlow town will receive €13 million for projects that have been described as a “game changer” for the town and county.

€9.79m has been awarded under the Urban Regeneration Development Fund by minister Darragh O’Brien for several key projects identified in Project Carlow 2040, while Carlow County Council will provide match funding for a total of €13 million.

The investment will include the Barrack Street pedestrian link, which will see the creation of a pedestrian- and cycle-friendly space connecting Potato Market to Barrack Street and the introduction of planting and seating for people to enjoy. Major renewal and improvement measures will also take place at Barrack Street, Shamrock Square, Kennedy Avenue and Tullow Street.

Finally, a new pedestrian- and cycle-friendly link will be provided from the railway station to the town centre through Carlow College.

The next steps will be the design stage, followed by commencement of the planning process, tendering and construction. The proposals to date have been broad in scope, but focus now shifts to detailed design and consultation with all property owners and stakeholders in relation to each project. There is no fixed timeline for works, but it could take around 18 months to go through the design and planning stage, with the construction phase potentially starting within two years.

Chief executive of Carlow County Council, Kathleen Holohan, said: “The allocation of €9.79 million to Carlow town represents a real vote of confidence by government in the future of Carlow town and recognises the value of local collaboration and consultation when putting resources into rebuilding, recovering and renewing town centres.”

The funding is also seen as a great validation of the council’s Project Carlow 2040 plan, in that it has already delivered significant investment locally, a year after its launch.

Carlow Chamber president Colin Duggan believes the application succeeded because it was “detailed, comprehensive and reflected the needs of the people, businesses and communities in Carlow.

“Today we welcome the transformation of Carlow as we take the first steps on our journey to re-imagine and reinvigorate our town.”

Tom O’Neill, cathaoirleach of Carlow County Council, said the projects would lead to a better quality of life for all those who worked, lived and visited the county town, and investment “will act as a catalyst for further private and public sector investment”.

Carlow County Council had looked for just over €15 million and received two-thirds of what it sought. However, there was no sense of disappointment, as Carlow was one of just 40 locations to receive funding from a total of 76 applications.

Funding was not received for the redevelopment of Potato Market, which included a new market square, relocation of the existing road and a striking rainwater-harvesting canopy. However, there was optimism that this project will get funding in the future.

Deputy Jennifer Murnane O’Connor said the funding is only the beginning.

“This project will provide Carlow town with plentiful, accessible and exciting public spaces that people can use all year round,” she said. “The goal is to help more people spend more time outdoors together in an attractive urban setting.”

Mayor of Carlow cllr Fergal Browne said: “This is a game changer for Carlow town and its future regeneration as envisioned in Project Carlow 2040.”