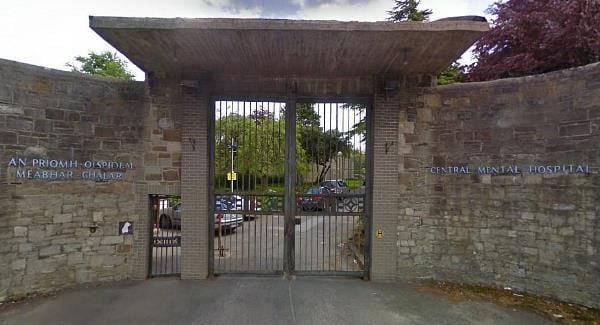 The transfer of a man by Gardaí to the Central Mental Hospital (CMH) last week resulted in a standoff when staff refused him entry despite a court order.

According to The Irish Times, gardaí brought the man, who suffers from paranoid schizophrenia, to the CMH following the order by Judge Patrick Quinn on Friday.

The prosecution in Trim Circuit Court said the 38-year-old defendant had “no insight into his mental illness”, posing a risk to himself and others.

The court heard the defendant was third on the waiting list, but no beds were available at that time.

The lack of beds in the CMH is an ongoing issue, worsened by the Covid-19 pandemic, with a list of 20-30 patients normally waiting for a bed there.

The Judge criticised the system’s failure to provide for the accused’s needs, ordering that he be taken there for treatment.

The man’s solicitor, Ciarán Mulholland, said the defendant was in urgent need of psychiatric care, adding the situation outside the hospital was like a “Mexican standoff”.

The gardaí who brought the man to the CMH felt they had no option but to comply with the court order, entering the facility during a staff changeover at the front gate.

Having travelled to the hospital at approximately 2.30pm, with the man handcuffed in the back of the garda car according to Mr Mulholland, gardaí were told there was no room for him at the facility.

After they gained entry to the hospital, it was approximately 7.30pm before the man was transferred into the custody of the CMH.

The medical director of the CMH, Professor Harry Kennedy said he “could not possibly comment” on a patient matter, but the HSE stated the hospital was at “100 per cent bed occupancy”.