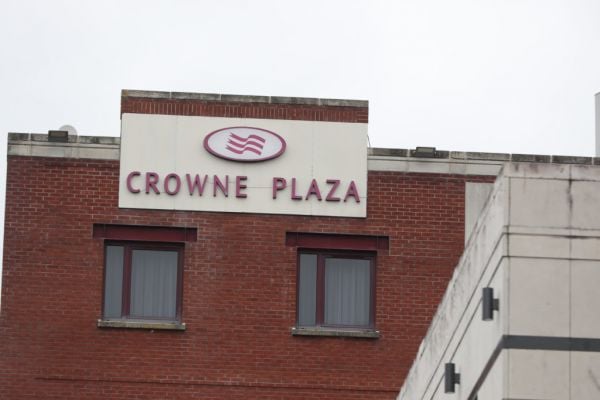 Three travellers staying in mandatory hotel quarantine have tested positive for Covid-19 and have been moved to a ‘Covid wing’ within the Crowne Plaza Hotel near Dublin Airport.

As The Irish Times reports, the positive cases were detected as part of the first tests of visitors who arrive into the mandatory quarantine facility, a HSE source has confirmed.

These are the first cases of the disease to be detected since the mandatory hotel quarantine system came into effect last week.

Guests undergo testing on the first and 10th days of their 12-night quarantine.

The number of travellers facing mandatory hotel quarantine looks set to rise substantially after it was recommended that a further 43 countries should be added to the high-risk country list.

The United States and EU countries including France, Germany and Italy are on the list of additional countries that the Travel Expert Advisory Group has recommended should be added to the list for mandatory hotel quarantine for travellers arriving into the State.

There are already 33 countries on the so-called “category two” list from which travellers must quarantine for 12 nights on entry into the country.

A decision will made on these countries later this week.

The recommended list is based on countries where there are concerning coronavirus variants in circulation or where Covid-19 cases are higher than 500 per 100,000 people.

Travellers face a fine of €2,000 or a month’s imprisonment if they fail to adhere to the rules.

The possibility of more than double the size of the list raises political, diplomatic and logistical complications as it tightens travel restrictions with major EU countries where many Irish citizens are living.

The return of travellers from these countries could put significant pressure on the capacity of the hotel quarantine system to cope given the numbers that could return in the summer.