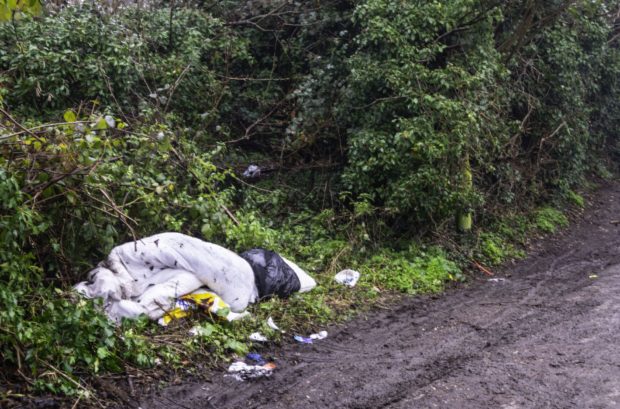 Rubbish dumped on a country lane

THE prospect of illegal dumpers being hit with a fine for breaking Covid-19 travel restrictions was raised at a recent meeting of the Carlow Joint Policing Committee. Cllr John Pender said there had been illegal dumping in his own area of Friarstown the previous weekend, which a family member had to clean up.

“There was a number of documents in it that might be of assistance in tracing the owners and who dumped the rubbish. Certainly the people were outside the 5km from where we found it. Myself and my neighbours are fed up picking it up and I know others in rural areas feel the same.”

The Fianna Fáil councillor said that people were clearly identified in the rubbish contents and this information had been handed over to the council’s environmental warden. Cllr Pender believed there was an issue of breaking the 5km limit. He did not wish to go into specifics in a public forum, but asked the gardaí to follow it up with him.

Supt Aidan Brennan said he would happy to do this.