31-year-old Ruth lived her short life to the full 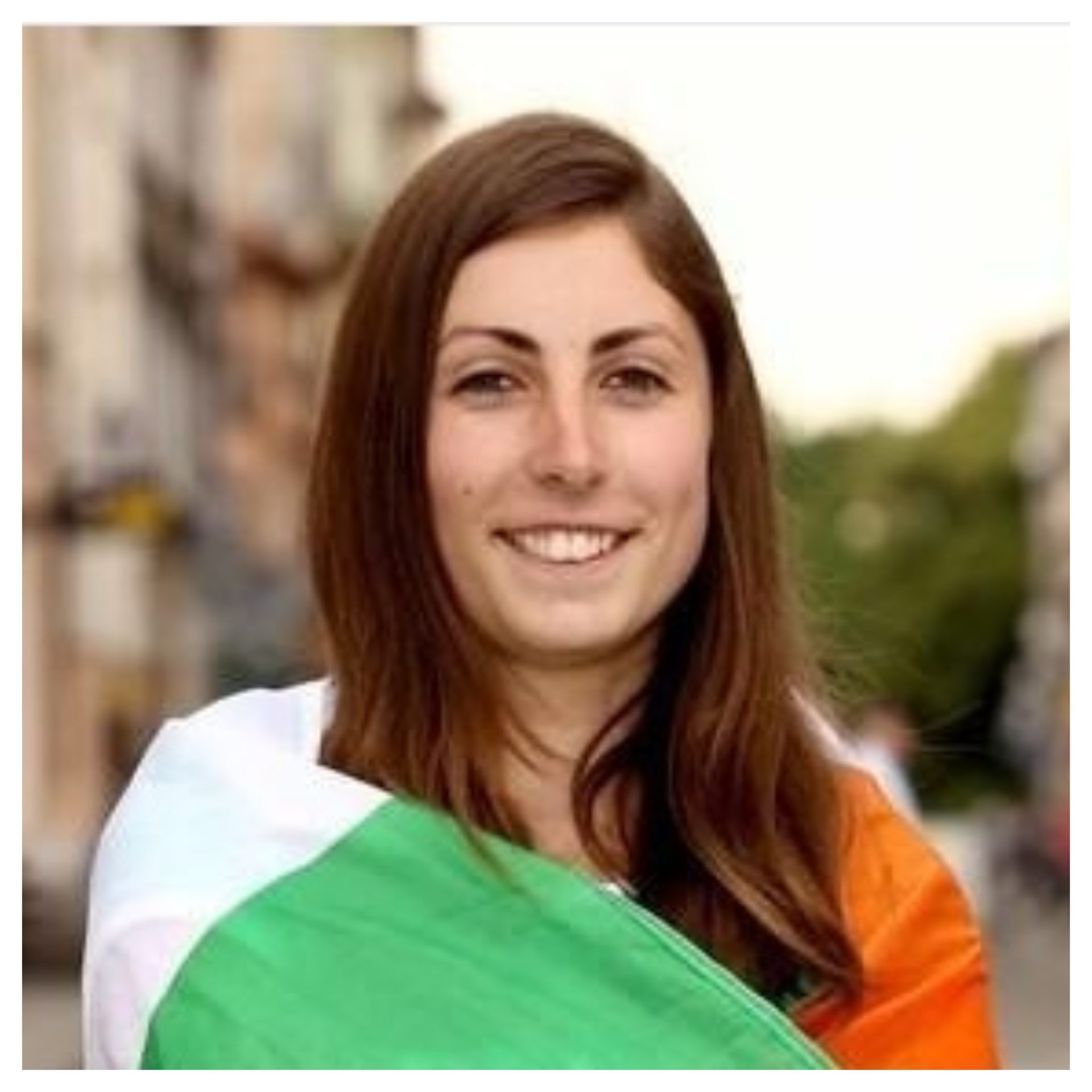 A FAMILY, a wide circle of friends and several communities were left devastated by the death of Ruth Staines, who passed away on Saturday 3 April after a short battle with motor neurone disease.

Ruth, who believed in living life to the full, was just 31 years’ old when she died. Her diagnosis with the incurable, fatal disease in May last year made her even more determined to enjoy what was left of her life and she lived it with as much fun and independence as long as she could.

Her funeral on Easter Monday, which took place in St Joseph’s Church, Baltinglass, was attended by many of her friends who, cruelly, had to keep a safe distance from her grieving family.

She was the daughter of Jean and the late Liam Staines and had three brothers, Stephen, Mark and Luke, so she grew up with the rough and tumble of being the only girl in the family.

She even did a stint on the St Oliver Plunkett’s under-11 boys’ GAA team in Ashtown, Dublin as a nine-year-old, but the boys who went easy on her still regret it!

“She had a strong personality from day one; she was confident to make herself heard from the youngest age. She was a strong girl and a stronger woman,” said her brother Stephen in a moving tribute to her. “She wasn’t very religious, but she was one hell of a Christian. A proud feminist, who always stood up for the underdog, she was always ready to call anyone – but often her three brothers – out on whatever rubbish they were talking.”

Ruth was born on Olaf Road in Stoneybatter in 1990, a place that stayed with her throughout her whole life, across her many travels.

The Staines family left Dublin when she was a child and moved to Baltinglass, where Ruth, or Ruthie as her family called her, attended Scoil Naomh Iosaf NS and Scoil Chonglais.

To the huge grief of the Staines, their father, Liam died in 2003 after a battle with cancer when Ruth was just 13 years’ old. A dedicated father, Liam wrote a children’s book to help them cope with their loss, which was published within weeks of his death, with all proceeds going to charity. 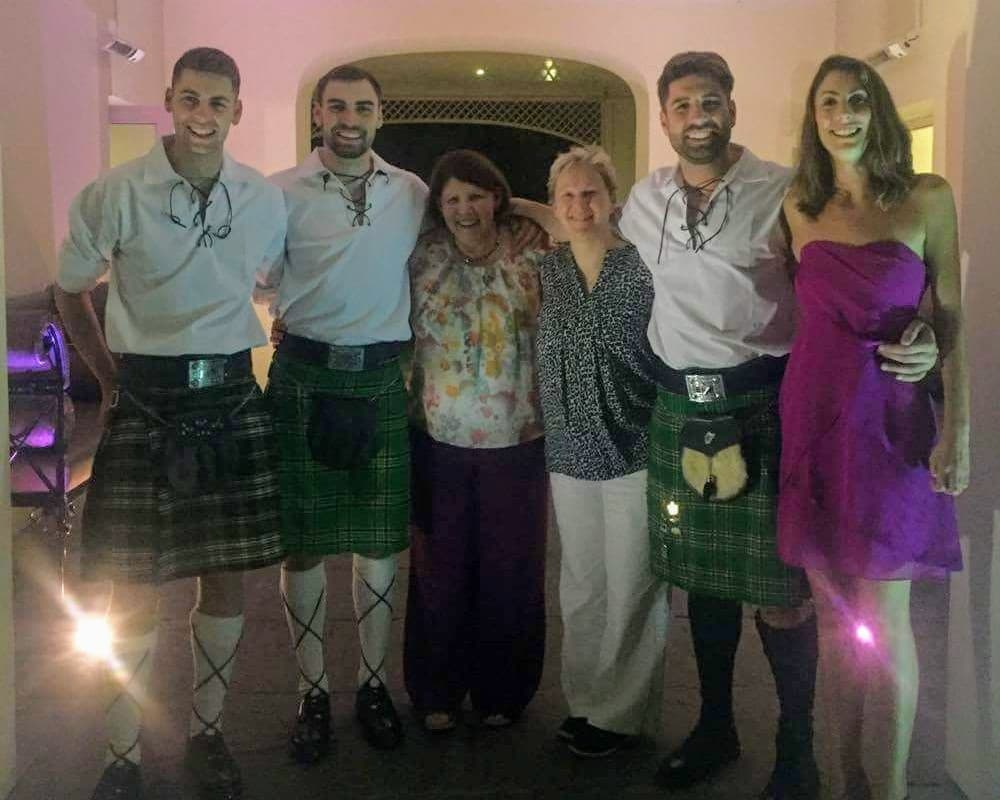 Ruth with her brothers, Luke, Mark and Stephen, her mother, Jean and her mother’s cousin, Janice

Straight after finishing school she took off first to the English city of Hull to study Spanish and Italian in college, then to Puglia in Italy and finally to Nerja in Spain, where she settled for many years and loved very much.

She loved Ireland and was so proud to be Irish, fly the flag and sing the songs.

The family were all delighted when she decided to move home to Ireland in 2017. She settled in Oxmantown Road, Stoneybatter in a house where her three brothers had lived before her and around the corner from where her mother was born.

Ruth instantly became apart of the community. She had been anxious about coming home and had debated about whether or not to move to Australia, but within six months she fell back in love with the place where she was born.

Surrounded by her family and friends – many of whom moved to Stoneybatter from Baltinglass – she had found where she wanted to be.

She became part of the community there and shared many amazing nights in the Glimmerman Pub with friends and family and staff who loved her.

Then in January 2020, she and Stephen had booked to start country jiving lessons together – after becoming very close again since she moved home. Ruth said her ankle was weak and didn’t feel right, and this progressed to her diagnosis.

In May last year she was told she had motor neurone disease and, true to her character, it barely fazed her.

Ruth’s brother Mark and sister-in-law Niamh had already chosen Ruth to be the godmother of their daughter Ava, and this in particular drove Ruth to live her life as full of love, fun and energy as she could.

When the shocking news came through to her friends about her illness, two people, Alisdair and Aisha, her partner and best friend respectively, travelled from Nerja to be with her and to take care of her.

“They provided her with care that cannot be quantified; they will be a part of the Staines family forever,” explained Stephen. “We did whatever Ruth wanted, no matter what – there was no-one better taken care of than her. The effort that came from everyone around us – family and friends – can only be described as an army going to war. It was relentless, nothing was ever too much.”

When it became clear that her quality of life was slipping away very quickly, the family and friends did their very best to give Ruth her best memories possible.

She and her brothers spent two precious weeks on the Atlantic in Mayo one last time, before they brought Ruthie back to Baltinglass for St Patrick’s Day. 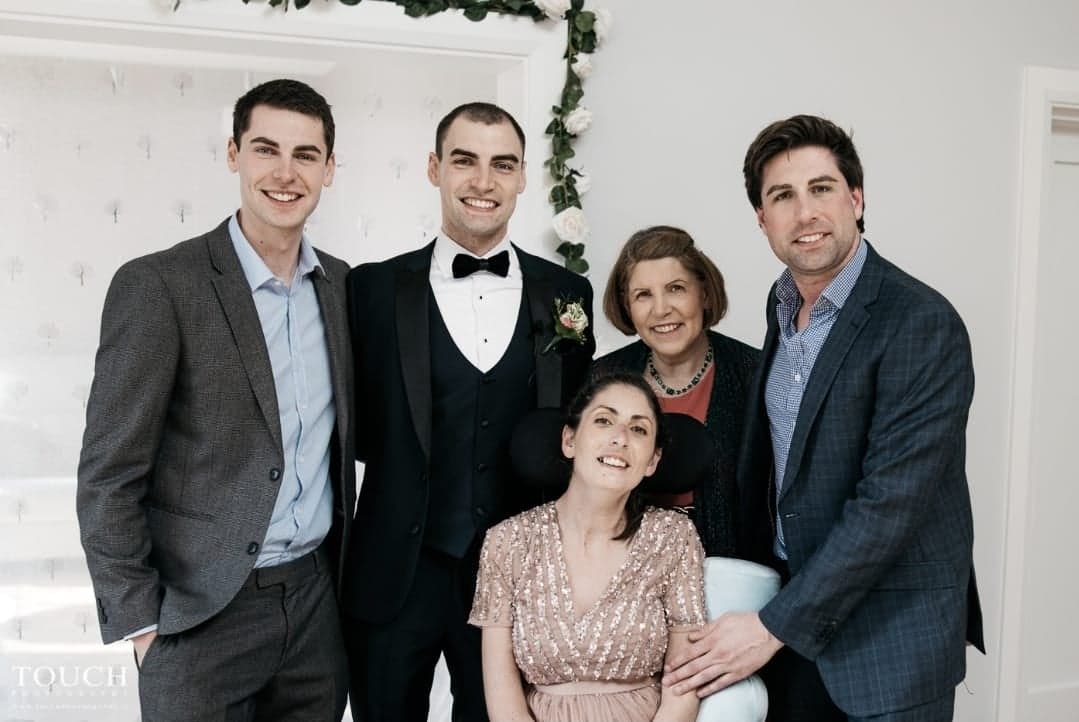 Ruth with her family at her brother Mark’s wedding. From left: Luke, Mark, her mother, Jean, and Stephen

Mark and Niamh got married on 19 March so their cherished sister could attend. She proudly wore her bridesmaid dress and it was a huge occasion for Ruth and the Staines family.

Her brothers and friends moved into the family home in Baltinglass, but Ruth wanted to be back in Stoneybatter for her final weeks.

They moved her there on Sunday 28 March, where she wanted to be – asserting her independence until the very end. She had a tough week and surrounded by her family and closest friends, she passed away on Saturday morning, 3 April.

At her requiem Mass, which took place on Easter Monday, her brother Mark delivered a beautiful eulogy to their beloved Ruthy. He remembered the day that she told him that she had motor neurone disease.

“I feel like I’ve learned a lesson every single day since then from her. Mostly when I talk to people, they ask me how I’m doing, and how we’ve possibly been able to deal with such a sad and terrible situation. And they’re right – it’s been tough on everyone,” he said. “We’re all tired, we’re all broken and we’re devastated that Ruth has left us. But what’s bigger than that, there has been so much positivity – and that’s what’s got us through it. We have had more laughs, more smiles, and yes some tears, than I remember in the last 29 years of my life. Ruth smiled, and smiled, and smiled, through it all. She taught and reminded us how to live in the moment, and how to enjoy the hand we were dealt. She has battled through more than most of any of us can even imagine in the past year, and she did it with a smile. After today, I’d ask you to do the same. Enjoy what you have, embrace the hand you’ve been dealt, and live a little more like Ruthie. We love you Ruthie, and we’ll miss you forever.”