Carlow man faces six months without a license after blunder 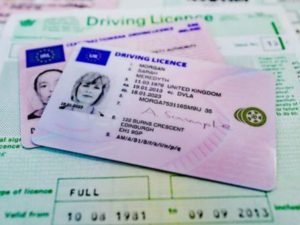 A CARLOW man says he faces breaking the law as he is set to be left without a driving licence for almost six months.

Craig Dobie, who lives in Myshall and has been driving for 35 years, has been told that he will not receive an Irish licence until 28 May despite making an application in late December.

“I have to drive; they are going to force me to break the law,” he said. “I have been told I am not getting it until the 28th of May. It’s basically left me without a mode of transport in rural Ireland for six months.”

Mr Dobie, along with all other UK licence holders who are resident in Ireland, was legally required to get an Irish licence due to Brexit. He submitted an application online to the National Driving Licence Service (NDLS) and posted off his UK licence. He expected to wait 12 weeks based on information on the licence body’s website.

However, April came and there was still no word, prompting Mr Dobie to ring the NDLS. What he heard astounded him.

“They are taking that (28 February) as the time to start from,” he said. “It’s the biggest cop-out I have ever heard … it’s ridiculous. How long does it take them to open emails?”

“That should take a phone call; why is that taking six months?” he asked.

With a child attending school in Carlow and another at university in Maynooth, Mr Dobie faces a dilemma. His insurance needs to be renewed shortly and he will need to produce a licence.

“It’s either break the law or stay in the house and starve!” he said. “It’s 15 kilometres to a bus stop. The nearest bus stop is in Bunclody or Bagenalstown.”

The Nationalist contacted the NDLS for comment but received no response.