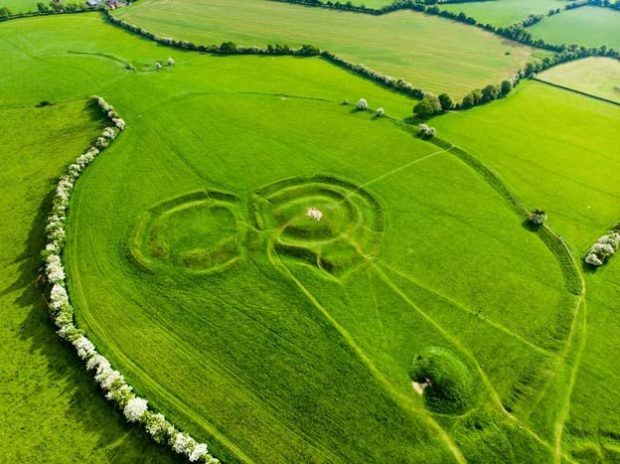 An upcoming history talk will explore the legends and myths of Ireland’s ‘Ancient East’.

Hosted by the Carlow Historical and Archaeological Society (CHAS), historian Jennifer Carbery will give a virtual talk entitled ‘Ireland’s Ancient East: the land of Legends and Stone’.

Jennifer will explore the ancient monuments built for the Gods, harbouring fairies, defended by warriors and sometimes destroyed by kings or colonists.

The talk will take place on Wednesday 21 April at 8pm. People can watch through the CHAS Facebook page or on Zoom.
Ireland is known for its legends and myths with the Eastern parts of Meath, Louth and Westmeath holding the largest collection of passage burial tombs on the island. This broad overview of key sites will allow us to dip into what the archaeology, history and mythology of these sites tell us about how people lived or imagined these iconic ancient places over time.
This talk will explore the archaeology, history, and myths of the Ancient East, leading us on a tour across the landscape of this fascinating land of legends. Over the centuries, Ireland has become known for its rich folklore, tales of courageous warriors, enchanted women, origin myths, fairy forts and knowledge yielded from saints and scholars.
Jennifer will discuss the medieval texts which reveal and record the collection of legends and lore about this area. The ceremonial site of the High Kings of Tara, Loughcrew and the Slieve na Calliagh will be touched upon and it wil finish at the centre of Ireland, Uisneach where time began, the naval of the island, with stories of tribes colliding and warriors competing. Join us to unravel the stories behind the stones of Ireland’s Ancient East.

Jennifer Carbery works with historical research around Ireland’s complex history. She studied Anthropology and History as a mature student and upon completion she worked in Archaeology, digging the land for treasure for several years. 10 years ago, she began working with historical research for tourism and cultural sites. She has her own business, Tailored Talk, providing research and content for historic sites, events, and radio. She collaborated with RTE Radio since 2016 working on a variety of projects to bring individual stories to life. She teaches, assesses, and trains students, guides, and learners in history. She has written several apps for tours within Ireland. She currently delivers tours and talks online for contextlearning.com.