Ally’s past remembered on matchboxes 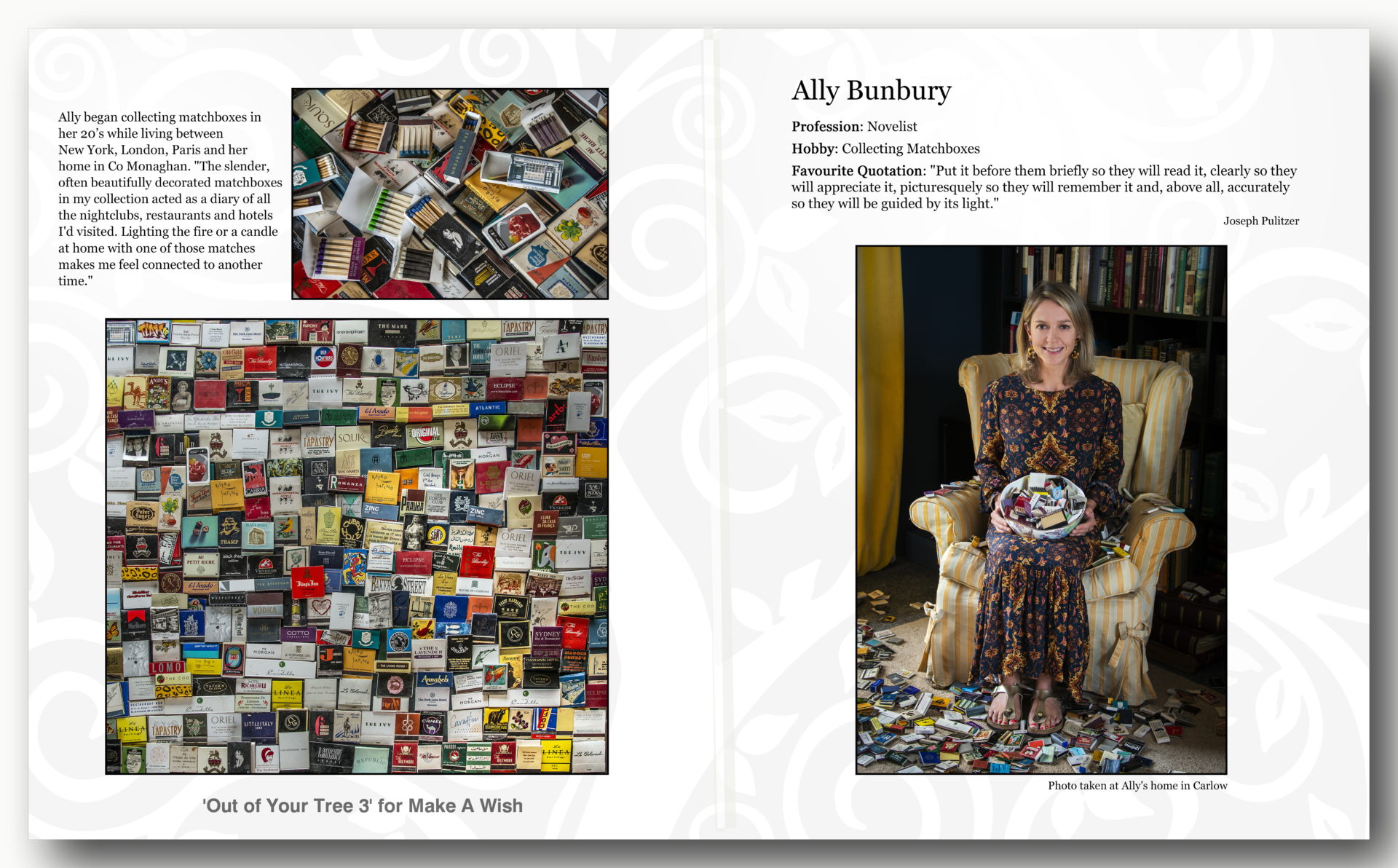 The matchboxes in Ally Bunbury’s home in Rathvilly tell the story of her youth. They’re the kind of matchboxes that restaurants, clubs and bars used to have for their customers, with their names, addresses and phone numbers emblazoned on the covers.

The business’s name, with its distinctive logo and branding would be on the front and inside, would be a perfectly-formed line or box or matches.

Ally collected about 500 matchboxes throughout her 20s and 30s, in the various cities that she lived in like London, Paris and New York. Some of her favourites are from The Ivy Restaurant in London, Pravda’s cocktail bar or The Milk Bar in New York, The Ritz in Paris or Annabel’s night club in London.

“When I think back on it! I can look at a particular matchbox and I’m immediately transported back to the bar or club and the city and time that it’s in. They’re like a reminder or a diary of my youth in those cities. I try not to use them now but when I do, to light the fire or maybe a candle, I think of the place that they came from, they connect me with that place again,” she explains.

“Those kinds of matchboxes became memorabilia for people who didn’t even smoke. They took them home with them. It was a very clever way of advertising and promoting your business because its name, address and phone number would end up sitting on someone’s coffee table. They’re also like little works of art, tiny books with gorgeous writing on the outside and inside, matches with different coloured tips.”

Ally’s matchboxes are in containers all around her home that she shares with her husband, Turtle Bunbury, an historian and author from Lisnavagh, Rathvilly.

Turtle with friends with photographer, Dominic Lee, who has snapped all sorts of celebrities over the course of his career. He came up with the idea of asking a range of his friends, famous and not-so-famous, about their hobbies and taking photos of them that reflect that interest. He published them in book called Out of your tree and is now on the third volume. Ally’s portrait sits alongside such well-known faces as broadcaster, Miriam O’Callaghan who’s pictured at her piano, as well as Ronnie Woods from The Rolling Stones and actor Pierce Brosnan who are both into painting. Other people featured are Fr Peter McVerry, author Jeffrey Archer, astronaut Chris Hadfield and historian Catherine Corless.

All proceeds from the book go directly to Make a Wish Foundation but it’s not available in the shops and can only be bought online.

To order a copy of the book, log onto https://www.makeawish.ie/get-involved/out-of-your-tree-3