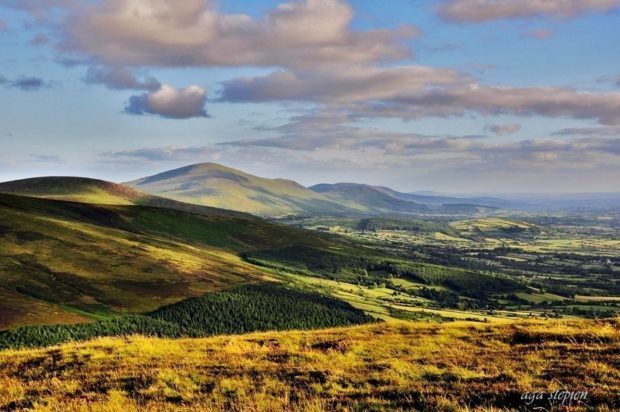 COILLTE has appealed a decision to refuse planning permission for its proposed wind farm in the Blackstairs Mountains as the local community pledged to continue to fight the proposal. Coillte lodged a planning appeal last week with An Bord Pleanála (ABP) against a decision by Carlow planners to refuse permission for seven wind turbines with a maximum blade tip height of 178 metres in the townlands of Rossacura, Cranemore, Kilbranish North, Bealalaw, Raheenleigh and Aclare.

Billed as the Croughan Windfarm Project, the Save Mount Leinster (SML) group says it will destroy the “jewel in the crown” in Co Carlow.

Carlow County Council refused the application in March on the basis that it would likely threaten protected habitats and have a negative impact on biodiversity and the local landscape. The council added that Coillte did not satisfactorily show that the local road network could handle the volume of heavy goods traffic expected during construction.

In its appeal, Coillte says it is “critically important” to develop wind energy in Carlow to meet regional and national renewable energy targets and asked ABP to balance that against “potential local impacts”. Coillte points out that Carlow has a disproportionately low rate of wind energy production and has transmission capacity, which it says is vital to meeting targets set down by the country’s National Energy and Climate Plan. Coillte says there is a need for each county to develop wind energy if a target of 8.2GW of onshore wind is to be met by 2030.

It says there is precedent for a wind farm in the area at the Greenoge Wind Farm. It also claims that tourism will benefit from the development with an upgrade to the 2.74km of existing forest tracks and paths, while the local community would benefit from a €200,000 a year community fund.

Joe Kirwan, chairperson of the SML group, said Coillte appeared to be commercially rather than environmentally motivated.

He said Coillte has not considered the damage that such a large-scale industrial development would do to a preserved area with rich biodiversity.

Mr Kirwan said: “We agree that renewable energy is the only way forward, but this cannot be taken as a standalone issue and has to be considered alongside other environmental impacts. Climate change and biodiversity are inextricably linked and Coillte has not demonstrated that its climate solution will not have an adverse affect on the local population and biodiversity of the area.”

He added: “This area is one of the few remaining areas of unspoilt wilderness in the region and an asset to Carlow in terms of its glorious landscape, a recreation area, a tourist attraction and an important biodiversity hub. This unique environment cannot be replaced once destroyed, whereas the wind turbines could be repositioned to have a far smaller environmental impact.”

A total of 3,050 supporters have taken part in the SML campaign, while almost 300 various submissions against the project had previously been made to Carlow planners. The SML committee is preparing a challenge to the Coillte appeal to An Bord Pleanála. They are hosting a virtual Zoom town hall meeting this Thursday, 22 April, at 8pm and all who wish to find out about how to help can check out www.SaveMountLeinster.com.

An Bord Pleanála aims to make a planning decision within 18 weeks of an application.