THE Carlow senior footballers were out on the training pitch for the first time this year yesterday evening at Fenagh and our photographer Michael O’Rourke was there to capture some images.

Manager Niall Carew spoke with his players before putting them to work on the same day that Carlow found out their Championship path. Earlier on Tuesday, Carlow were drawn against Longford in the first round of the Leinster Senior Football Championship and if they are victorious in that game they will face Meath in the quarter-final.

Our photographer Michael will be out and about at these training sessions this week so keep an eye on this website and next Tuesday’s edition of our paper to see more photos as we take another step back towards the normality we crave. 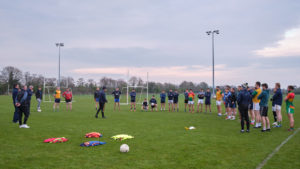 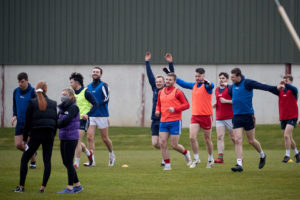 Members of the Carlow senior football team pictured on their first night back training in the Netwatch Training Centre in Fenagh. Photo: michaelorourkephotography.ie

Carlow Senior footballers arrive for their first training session after lockdown in the Netwatch Training Centre in Fenagh. Photo: michaelorourkephotography.ie 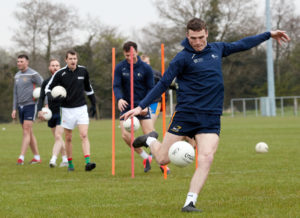