THERE is frustration within the Carlow County Board after the National League fixtures, released yesterday, confirmed they are facing into a 650km round trip, and an overnight stay, to play Down in the Allianz Hurling League. They are very annoyed that the GAA have not moved the Division 2A game on 16 May at 1pm from Ballycran to what they feel would be a more suitable venue in the south of the county.

This, says a source in Carlow GAA, ‘flies in the face’ of the GAA guidelines given the precious state of the Covid situation in the country.

McKenna Park in Ballycran, home to the St Joseph’s club, is almost 300km from Netwatch Cullen Park in Carlow and for the many Carlow players who have to travel on their own from the south of their county, they are facing into an almost four hour drive. 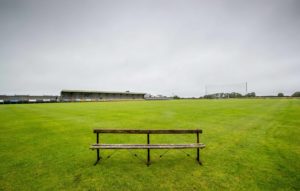 Because of the distance, the match would necessitate an overnight stay, and Carlow are worried about the increased Covid risks that would entail.

To make matters worse, GAA regulations state that teams can only stay in Failte Ireland approved hotels so the team would have to stay in a hotel south of the border before making their way north.

There is a financial aspect to this as well. Covid regulations mean that each of the players, the management and backroom teams would need their own room while staying overnight.

Carlow GAA feel the decision to play the game so far north, a 90 minute drive past Pairc Esler in Newry, lacks in common sense.

They did make a submission to Croke Park when the provincial fixtures were sent to county secretaries but they were told to contact Down GAA. Down, as is their right, rejected the objection on the basis that they have only two home league games this year.

Carlow made a further request to Croke Park but they declined the opportunity to review the situation.

A Carlow GAA source expressed their frustration at the situation and their bewilderment at what they see as unnecessary extra miles and overnight stay.

On top of all that, Carlow’s footballers play Waterford in Fraher Field in Dungarvan at Saturday on 7pm, leaving any staff or volunteers attending both games a journey the length of the country in less than 18 hours.

There is a real buzz of excitement within GAA circles and after such a long lay off everybody involved is looking forward to the opportunity to get back out to games but surely there is room for common sense when it comes to the scheduling of fixtures. This feels like inviting completely unnecessary risks, as well as placing a financial burden at a time when money is so tight and it is a pity that a more satisfactory solution couldn’t be found.