Carlow’s camogs back on the training pitch

IT was the sort of scenario that got many a player through the dark winter months.

Yesterday in Milford, as the sun shone down on a beautiful evening, Carlow’s camogie team took to the training pitch for the first time this year. 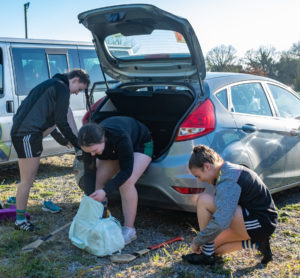 Again under the management of David O’Mahony, Carlow’s league campaign begins away to Waterford on 15 May and they then have home games against Limerick and Clare.

Speaking to Nationalist report Kieran Murphy earlier in the week, O’Mahony said it has been a tough time for players to be away from training and player for so long.

“They have been going through their own individual training programmes since the start of January. No-one thought it was going to be this long. It has been tough. It is the same for everyone. It has been hard for everyone to motivate themselves but we are excited now to be back. The league comes around four weeks from next week.”

“It is a difficult league and hopefully, when we get back, we will try to get up to match fitness,” stated David. 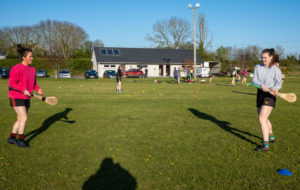 Carlow have released a 26 strong panel list. Niamh Quirke is not available at the moment but her absence is offset by the addition of young players into the squad including Caoimhe Cody, Rebecca Sheehan, Aoife Carroll, Emma Byrne and Chantelle Kelly.

“It is always good to get underage players through and it is an indication that the work being done by Carlow camogie is working,” said O’Mahony. 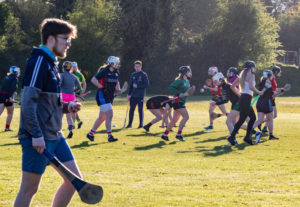 Keep an eye on Tuesday’s paper for more pictures from our photographer Michael O’Rourke from their first session back.