TD says up to 1,100 housebound vaccine appointments unaccounted for 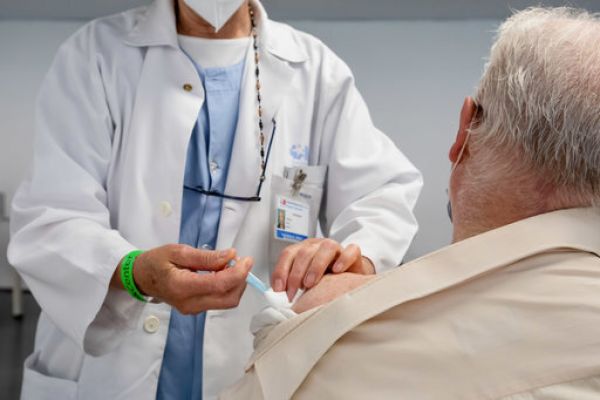 Up to 1,100 appointments by the National Ambulance Service for people over the age of 70 are unaccounted for based on evidence presented to Dáil Éireann yesterday, according to Independent TD Denis Naughten.

“These unaccounted-for vaccination appointments are now clearly the reason why 1,000 people awaiting their first vaccine dose did not receive it by last Sunday week, as planned by the HSE, and instead this will now be delayed by one month,” Mr Naughten said.

He claims that figures presented to the Dáil yesterday by Minister of Older People Mary Butler “do not add up and are also at a variance with information provided directly by the HSE”.

He said this has resulted in “a minimum of 600 to 1,100 vaccination appointments being unaccounted for. This is enough to ensure that every housebound person could have received their initial vaccination by now”.

Mr Naughten added: “The HSE told my colleague Cllr Dr Evelyn Parsons on March 31st — twenty days after the vaccination of the housebound started — that there were 2,700 initial referrals by GPs for home vaccination and this was likely to reduce after validation.

“However, Minister Butler told the Dáil yesterday 3,200 initial referrals were made and that the figure subsequently went up.

“This is a minimum discrepancy of 500 initial referrals. Both figures cannot be correct.

“Secondly, based on the estimate provided to the Dáil yesterday by Minister Butler the ambulance service should have undertaken 2,400 appointments in the last six weeks. In other words, the dedicated ambulance vaccination crews should have physically attended 2,400 homes.

“However, Minister Butler told the Dáil that the HSE has offered just 1,800 appointments, and that these offers may not all be taken up for a range of reasons, including refusal or a person entering long-term care or being unwell.

“This is a minimum discrepancy of 600 appointments.

“These two figures alone, without even considering appointments cancelled, would have generated an additional 1,100 appointments – enough to ensure that every person waiting for their first vaccine jab would have received it by today.

“These figures are contradictory and don’t add up. Clearly this system is failing, and older people stuck at home for the last 12 months are being denied access to visitors because of this debacle. I intend to take this matter up directly with the Minister for Health on the floor of Dáil Éireann next week,” he concluded.