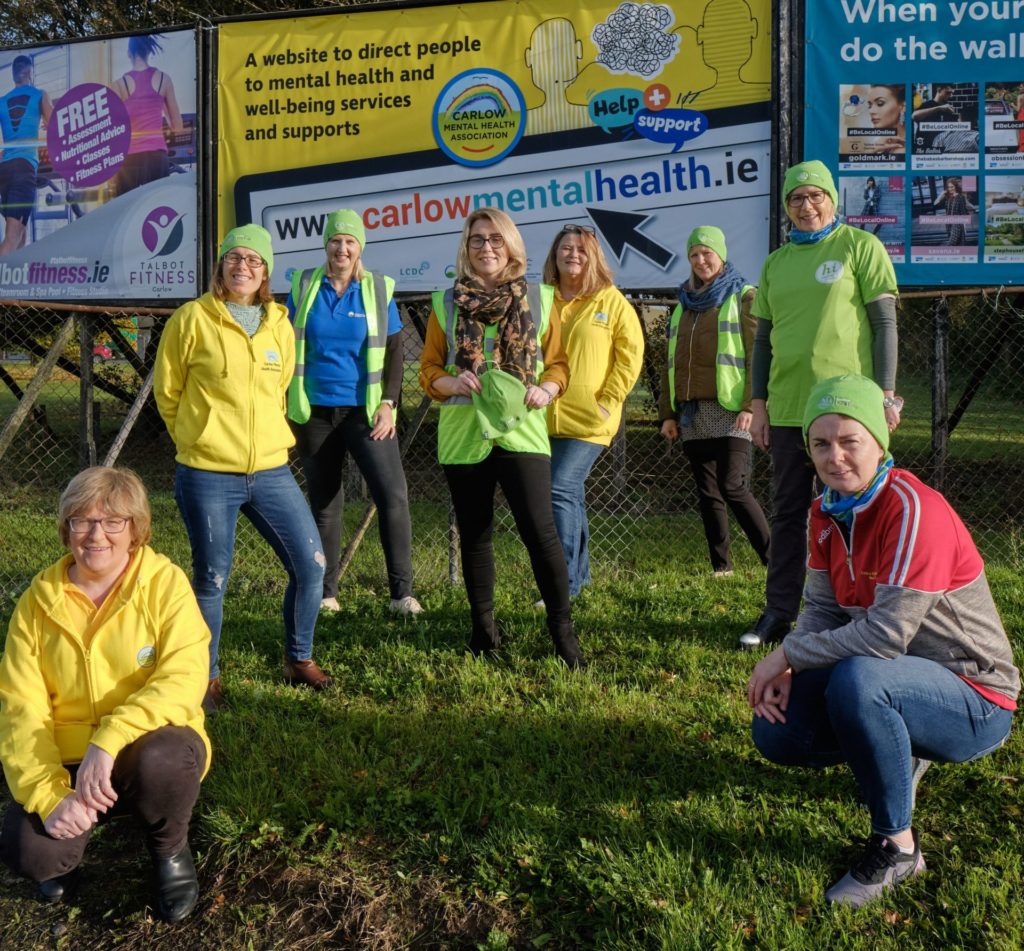 THE extraordinary response of Co Carlow’s organisations and communities to the coronavirus pandemic was highlighted at the recent council meeting.

Senior executive officer Brian O’Donovan gave a presentation on County Carlow Community Response Forum, including the county’s Keep Well campaign, communications and community supports during the pandemic. Mr O’Donovan stated that 22 county and government organisations were represented on the County Carlow Community Response Forum with a total of 26 online meetings over the past year, all “ensuring community support and that people aren’t left behind”.

In a lengthy presentation, Mr O’Donovan outlined the many organisations that had rallied during the pandemic, including Carlow County Development Partnership Ltd (CCDP), which delivered 55,000 food items, as well as mental health services such as Healthy Carlow, Carlow Mental Health Association and the HSE mental health service.

He stated that 963 calls had been received by the helpline in the past year, which remained open 24/7 all year round, while the ‘Keep Well, Keep Active, Stay Connected’ campaign had also been very successful in delivering its positive message.

Festival in a Van, Mobile Music Machine, the An Post postcards, Carlow Rocks and the Eating Well Campaign were also mentioned as positive, creative initiatives which supported people across the county.

Mr O’Donovan stated the local authority had also supported local churches with their online religious services and internet capabilities and was also supporting the government in its vaccine programme.

“The message is to hold firm, brighter times are ahead,” he said. “A lot of work was down to a lot of people over a very difficult time,” added Mr O’Donovan.

Cllr Arthur McDonald paid tribute to the work of the Bagenalstown St Patrick’s Day Parade Committee, which secured almost 19,000 hits for its virtual parade, while cllr John McDonald praised the recent community clean-up organised through local GAA clubs. “That brought communities together, and that was one of the very positive things to come out of it,” he said.

Mr O’Donovan stated that food poverty and the need for social supports “will be a legacy issue” of the pandemic and certainly something that will be considered closely.

Cllr Andrea Dalton said that both pre- and post-pandemic community organisations and services remained active in establishing the needs out there. “This pandemic has shown how good and strong our community sector is, particularly when people worked together to identify the needs and address the needs,” said cllr Dalton.