Date for return to training is set 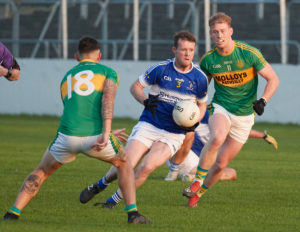 ADULT players in all sports can return to outdoor training from 10 May after Taoiseach Micheál Martin this evening confirmed a significant easing of Covid restrictions.

Most grassroots sportspeople have been prevented from group training since last October but at long last, there is light at the end of the tunnel.

Two weeks ago, GAA intercounty players returned to training for the first time and last week under 18s were also allowed back to training.

Now, for the first time this year, adult players can look forward to putting on their various equipment and getting out to do what they enjoy most.

Initially, there will still be some restrictions such as training in groups of 15 before the next landmark date of 7 June.

From that date, games are permitted to be played, from GAA club matches to the Carlow Soccer League and everything else that people have been waiting for. However, there is no date set as of yet for when spectators will be allowed to return.

Gyms and swimming pools will also open from 7 June but indoor sports face another spell on the sidelines, but consideration will be given to their return, and also the return of spectators, over the coming period.