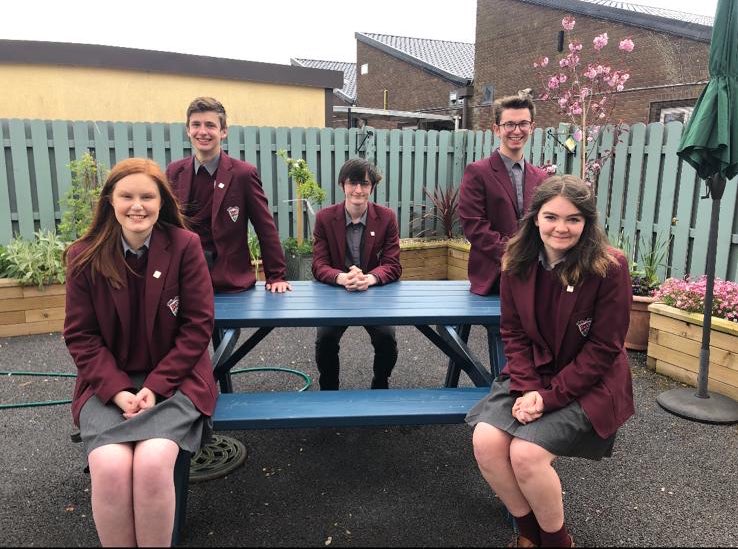 They had just ten days to come up with points against the motion that ‘savage cuts to overseas aid proposed by the British government are unjustifiable and counter-productive’.

Teacher Leon Power was their coach and mentor, who inspired and encouraged them to victory. This is the second time that Leon’s students have bagged the ultimate prize in the Concern school debating competition, after they won the title in 2015.

The all-Ireland phase began in February. PDLS opposed that ‘vaccinations should be made compulsory’, after a tough debate with Portlaoise College.

The quarter-final against Sacred Heart Clonakilty was another nervy affair as PDLS successfully opposed the motion that ‘nuclear energy is essential for a clean energy future’.

As the competition becomes more intense, so do the motions, and in a very heated semi-final against Loreto Abbey, Dalkey, PDLS impressed the adjudicators and proposed that ‘multinational corporations are cleaning up their act’.

Following tradition, both finalists in the Concern Debates do a coin toss to decide the motion, with the very impressive Bailieborough CS from Cavan being their worthy opponents.

PDLS were given the daunting task of opposing that ‘savage cuts to overseas aid proposed by the British Government are unjustifiable and counter-productive’.

A task they took in their stride as they successfully defeated the motion and were crowned national champions for the second time in just a few years.

This is a remarkable victory for the school.

Mr Power commented on the flair and talent of this year’s winners.

“They are a joy to work with. They bring a massive energy to each debate and just enjoy what they do.

“A lot of thanks is owed to the teaching staff, wider school community, parents and families. The community spirit behind debating in PDLS is second to none. The energy and support is great.”

The national final debate is being broadcast on Concern’s official YouTube channel on Friday 14 May.