Top snapper Finbarr is shooting for the stars 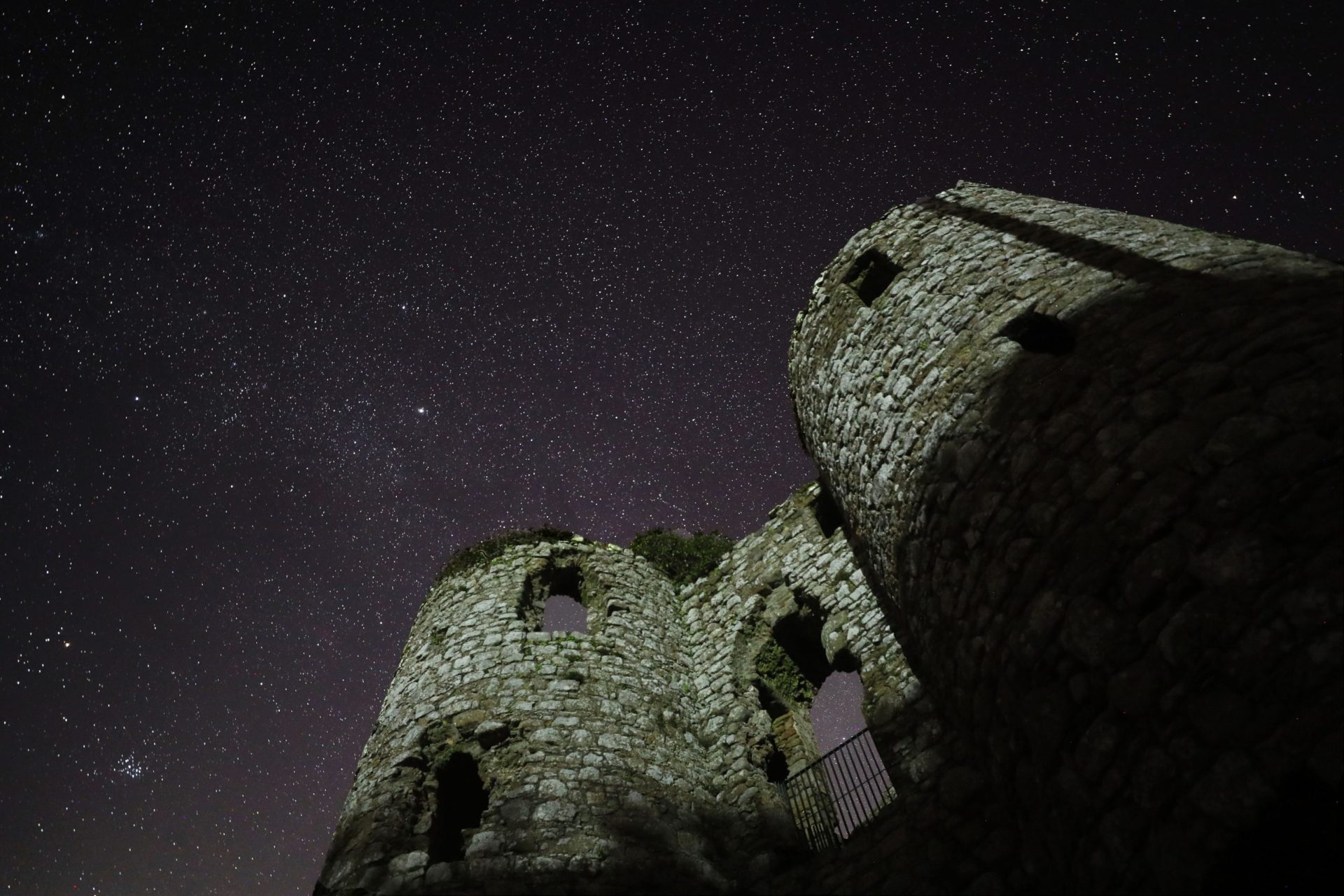 FROM dark skies and galaxies to meteor showers and the moon, Finbarr O’Rourke loves shooting stars and the entire universe that’s above his head. While the professional photographer is usually behind the lens at corporate dos and PR launches, in his spare time he likes to point his lens towards the heavens.

Now he’s taking part in an astro-photography competition called Reach for the Stars, which is being run by the Dublin Institute for Advanced Studies (DIAS). Finbarr spotted the competition and decided to enter two of his images – one taken of the sky over Ballyloughan Castle and another of the stars near his home in Garryhill.

“I had these images so I decided to chuck them in (to the competition). Where we live, the sky is really dark, there’s no light pollution. I was interested in getting something that would show that I was on the ground and in the picture of the castle there’s a tiny bit of light on the castle wall that’s coming from a nearby farm,” Finbarr told ***The Nationalist***.

This is the first time that DIAS has run this competition and while a high-profile judging panel will select the overall winning entries, an online vote is running over the coming weeks, so members of the public can also have their say.

More than 170 images have been shortlisted this year and Finbarr’s are numbered 60 and 61 on the DIAS competition website. The winning images selected by the judging panel and the public vote will be announced towards the end of May and an outdoor exhibition will be staged by the organisers to showcase the best images.

Reach for the Stars is being run in partnership with the ***Irish Times*** and is sponsored by Alice PR & Events. The Irish Astronomical Society are initiative supporters.

Votes for the Public Choice Award are restricted to one vote per person, and voting will close at midnight on Sunday 9 May 2021.