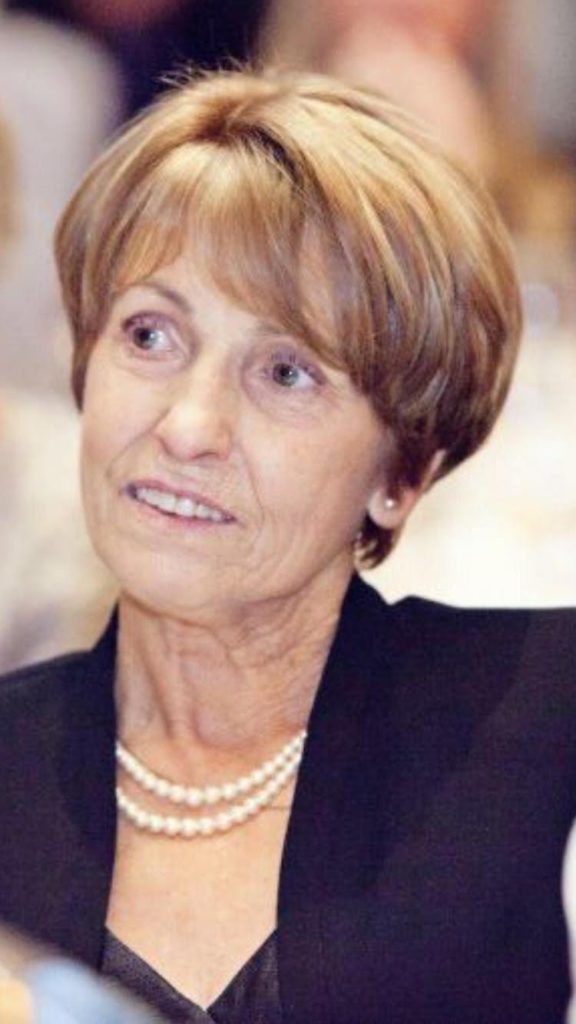 NOREEN Coss, Bullock Park, Carlow, whose death occurred on Thursday 8 April at St Luke’s Hospital, Kilkenny, was the former Noreen Flynn and a native of Tullamore, Co Offaly. She had been in significant ill health for the final year of her life and was admitted to St Luke’s in late February.

Noreen, aged 72, was a nurse by profession, having served on the staff of the District Hospital in Carlow, where she was highly regarded for her caring nature and devotion to her chosen career. She trained as a general nurse in London and on her return to her home area began her nursing career in the Midland Hospital in her native Tullamore.

Noreen was a woman of gentle demeanour, who was very popular with her nursing colleagues and with the patients she treated in the District Hospital. She earned a number of nursing distinctions throughout her working career, but was not one to over-emphasise these professional achievements.

At a dance in Tullamore she met Kevin Coss from Portarlington and they married in 1972. Kevin was employed by the Department of Posts and Telegraphs, based in Carlow, while Noreen took up her nursing post in the District Hospital. After their marriage, they lived in the Tullow area and then in Springdale, Tullow Road, Carlow before, in 1979, moving to Bullock Park.

Kevin and Noreen had five children, three girls and two boys, and were a united couple who enjoyed going on sun holidays and travels to mainland Europe, North Africa and Australia. Noreen was a very keen gardener and enjoyed other creative pastimes.

Noreen was bereaved by the sudden death in May 2012 of husband Kevin at the age of 67, which was a huge loss to her. Kevin’s death occurred less than a year after Noreen’s retirement from nursing.

Noreen’s strength and resilience were always remarkable. She took great joy in caring for and watching her cherished grandchildren grow and develop. She also made the trip to Brisbane, Australia to visit her son Derek and his family there.

News of Noreen’s passing united the communities of Carlow and Tullamore, her death being deeply regretted by all who knew her. The greatest loss is to Noreen’s children, her death creating a huge void in their lives.

She was waked at home in Bullock Park before removal of her remains to the Cathedral of the Assumption on Saturday 10 April, where her funeral Mass was celebrated by Fr Gaspar Habara, CC, Carlow. The Mass was greatly restricted by Covid-19 regulations, with many people following the ceremony on webcam.

Readings at Mass were by daughter Karen and daughter-in-law Fiona, while Prayers of the Faithful were recited by daughter Elaine, son-in-law Peter and grandchildren Erin, Éabha and Róisín. Symbols of her life were brought to the altar by her grandchildren Fionn, Max, Saoirse and Phoebe.

There were tributes to Noreen by her son Brian, on behalf of her children and brother-in-law Tommy Flynn, representing the extended family.

The singing of hymns at Mass was by Louise Delaney, accompanied by Ollie Hennessy.

Following Mass, Noreen was laid to rest in St Mary’s Cemetery with husband Kevin, with Fr Habara reciting the final prayers at the graveside. Former nursing colleagues formed a guard of honour at the cemetery, observing Covid-19 regulations.