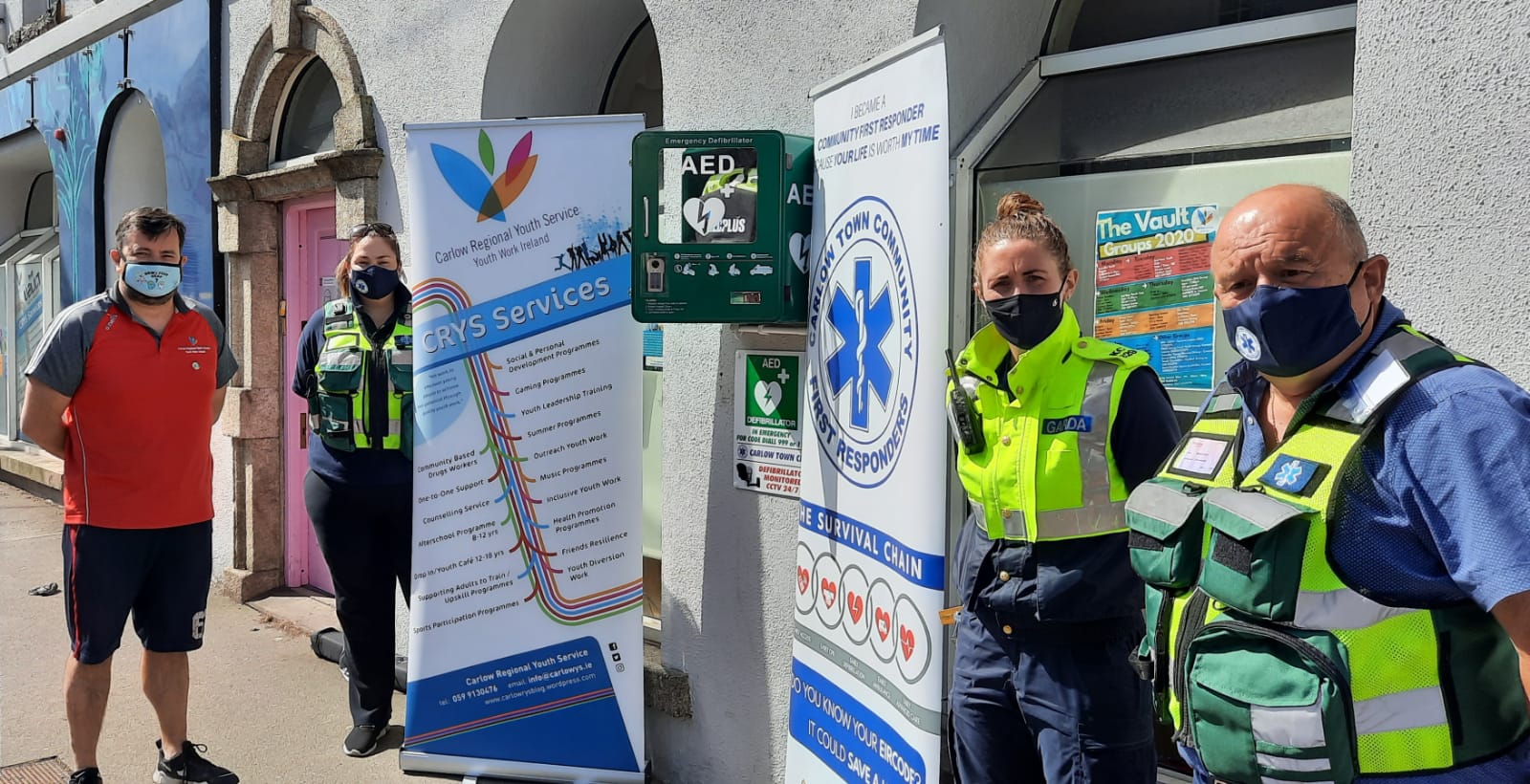 A youth centre on Burrin Street is the latest location where a publicly-accessible defibrillator has just been unveiled.

Carlow First Responders are responsible for the installation of defibrillators around Carlow town where key locations were picked as suitable sites for the machines.

There are plenty of defibrillators found inside public and private buildings all over the town but those machines aren’t necessarily available when the buildings are locked in the evenings.

The local first responder group decided to tackle the problem and with financial support from Carlow Lions Club and the students’ union in IT Carlow, they’ve been able to sponsor the cost of the specially-heated cases that house the outdoor machines.

Jaimie Alcock is a senior youth worker with Carlow Regional Youth Services  who’s usually based in The Vault, which is one of their buildings.

He has welcomed the fact that the public can now access the machine outside The Vault 24/7.

“It’s now a commodity that’s available to the community now,” Jaime pointed out.

Carlow First Responders have, so far, installed machines at Dinn Rí, the ESB office on Green Lane, Circle K on the Tullow Road, Graiguecullen Parish Centre and at Munnelly’s garage on the Kilkenny Road.

The machine is now registered with the national ambulance service and, in an emergency, they can give out the access codes at any time.