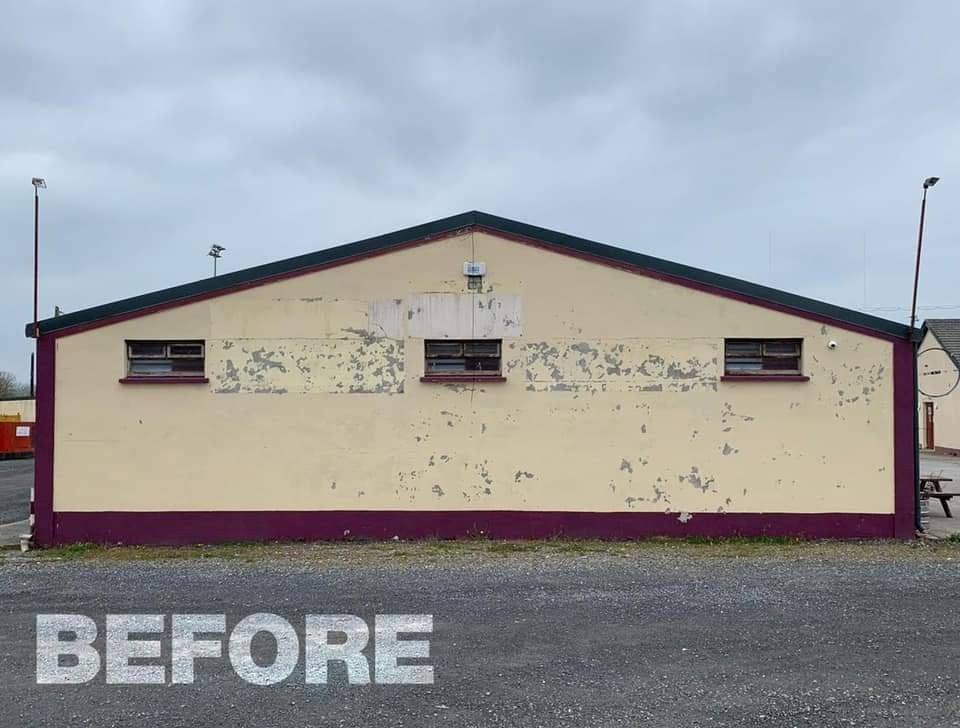 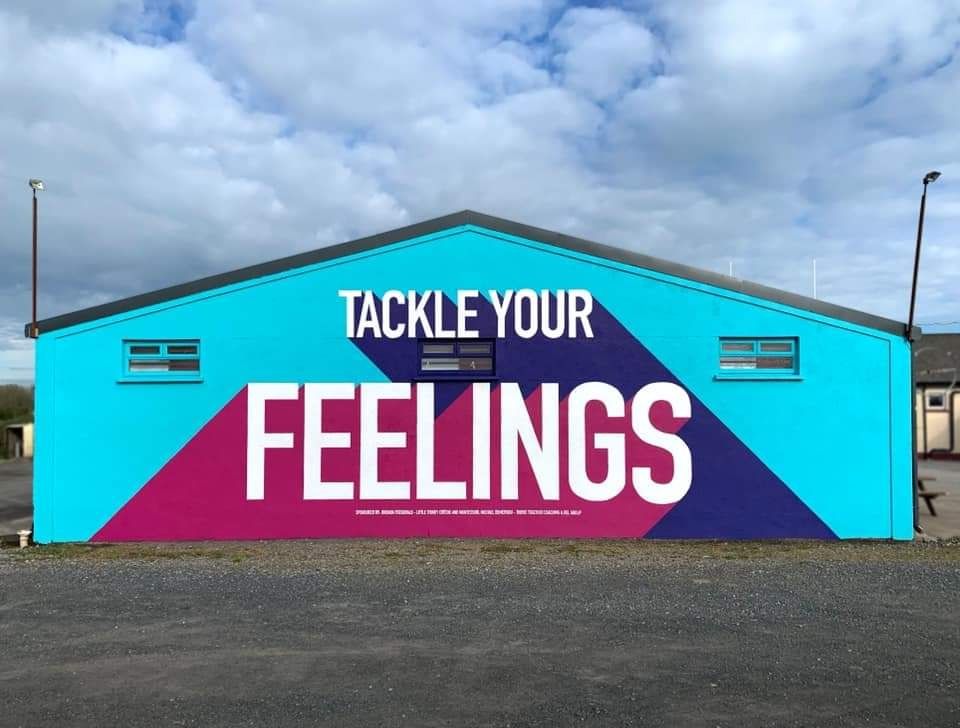 A POWERFUL and incredibly timely message of compassion and hope welcomes all who now visit Tullow Rugby Football Club. The club last week unveiled its new slogan wall, an inspiring message proudly emblazed on the gable end of the clubhouse calling on people to ‘tackle their feelings’.

The wall was created by graphic designer Paul Byrne of the Good Idea company, whose incredible work can also be seen in Br Leo Park, Tullow, the Éire Óg clubhouse in Carlow and many other locations around the county. The slogan walls are aimed at provoking and encouraging positive mental health, starting conversations and prompting people to reach out.

“It’s probably one of the biggest reactions to a wall I’ve had yet,” Paul told The Nationalist.

“The reaction has been fantastic and it’s been viewed and shared so many times on social media and lot of club members have reached out and contacted me … it’s phenomenal. I think the message is so relevant as we come out of lockdown. Feelings are heightened at the moment, after all people have been through,” said Paul, who hails from Killeshin.

The idea for Tullow RFC’s slogan wall began when club member Alex O’Brien, who championed the project from the get-go, contacted Paul and the two quickly began brainstorming ideas. With the full backing of the board of Tullow RFC, the project came to fruition, with a previous slogan from Rugby Players Ireland mental health campaign – ‘Tackle Your Feelings’ – chosen as the perfect words.

The club colour of burgundy was incorporated into an eye-catching colour palette and over three days last week a dreary wall at the club was utterly transformed.

All involved in the project would like to thank the wall sponsors Little Trinity Crèche and Montessori, Thrive Together Coaching and REL Group.

Paul has also worked with many local community groups across the county on visual art projects, tapping into creativity, developing ideas and accessing emotions and feelings. Projects at Tullow Town Park, the Tullow Road in Carlow town and in Hacketstown have all been very successful. Next stop for Paul is working with a group in McGrath Park, Bagenalstown, with the project expected to begin in the next few weeks.