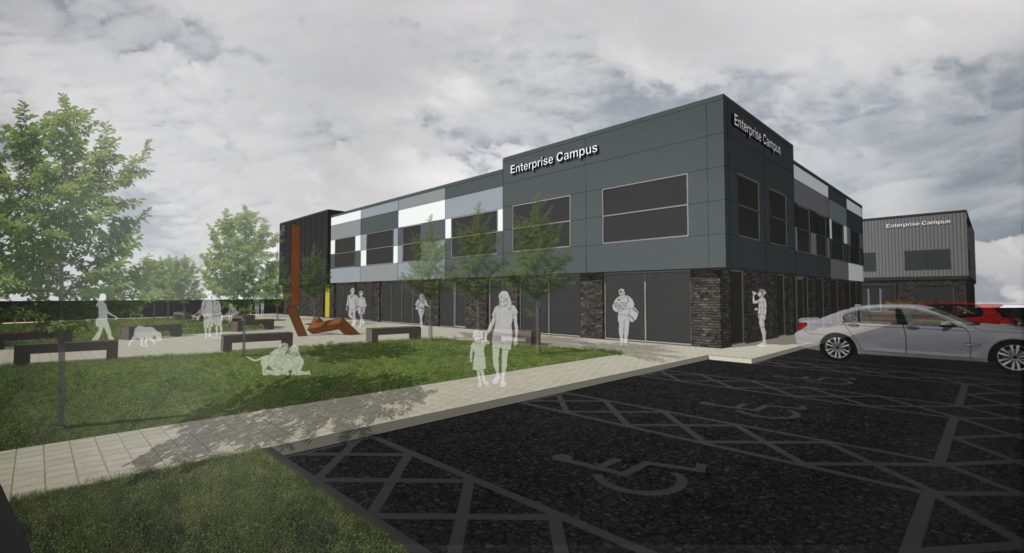 Above and below, an architect’s drawing of the planned Enterprise Campus to be located at the rear of Enterprise House on O’Brien Road, Carlow 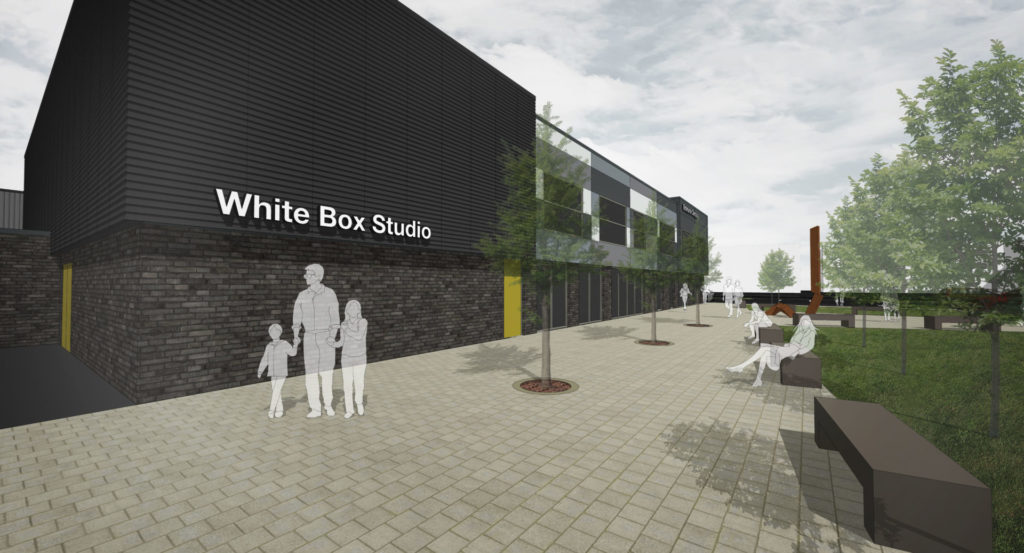 PLANS for an innovative Enterprise Campus aimed at stimulating economic development in Carlow were unveiled last week. The campus will be located at the rear of Enterprise House on O’Brien Road, Carlow and will incorporate a number of new buildings designed to accommodate scale-up companies.

Kieran Comerford, head of economic development and enterprise at the Local Enterprise Office, outlined the plan for the campus at last Thursday’s online meeting of Carlow Municipal District. He stated that the site identified for the Enterprise Campus was behind the existing Enterprise House and would incorporate the development of two new buildings to accommodate office and technology space, remote working and light manufacturing.

The campus is designed for scale-up companies with a vision that in four to five years they would secure alternative accommodation as they expand their businesses. The Enterprise Campus will also include a white-box space – the first of its kind in the southeast – a studio space for companies to create visual content.

He confirmed that the project is dependent on national funding but was confident that it identified a need in the market and urged that it be “as shovel ready as possible”.

He asked members to move the project forward to ‘Part 8’ in the planning process, bringing the plan a step closer to securing funding.

“This is a really innovative project for the town and will stimulate economic development,” said director of services Michael Rainey. “We are dependent on government support and central government funding, but we are optimistic that this is a well-thought-out project.”

Cllr John Cassin welcomed the plan and proposed that it move to ‘Part 8’, seconded by cllr Adrienne Wallace. The Enterprise Campus was then unanimously support by all members.

Cllr Wallace remarked that the campus would make Carlow a “more dynamic town”. She asked how the campus would operate, particularly the costs involved for companies using the offices for remote working.

Cllr Andrea Dalton congratulated all involved in this “very innovative” project, which included the greening of the area.

“It’s a fabulous space … unique and to the forefront of technology,” she added.

Cllr Dalton asked if it was a case of “build it and they will come” or if businesses had been identified.

Mr Comerford said that it would be a case of “minimum costs” for those using the facility for remote working, as the campus was not-for-profit. He added that the council was keeping an eye on the market and would be hopeful that “at least 20% of the tenants would be signed up” prior to opening the campus.