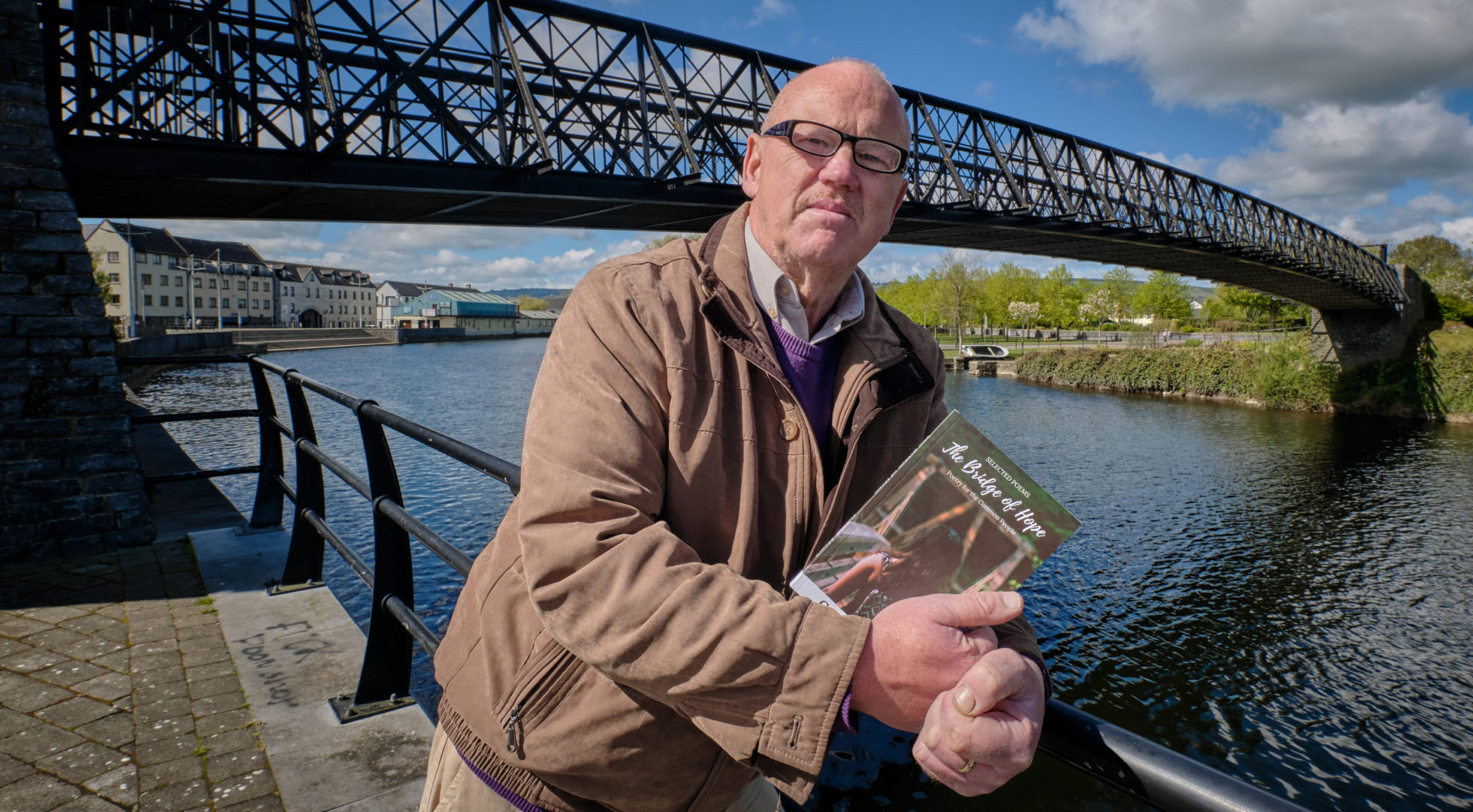 Ger Moore with his book of poetry titled “The Bridge of Hope” pictured at the Millennium Bridge in Carlow. Photo: michaelorourkephotography.ie

A CARLOW town resident has just released a book of poetry which he wants to bring hope and inspiration to people in a world that’s been ravaged by the pandemic.

The Bridge of Hope is the title of a book of almost 60 poems, written by Ger Moore, who uses nature and his belief in God as his primary sources of inspiration.

The subtitle of the slim, elegant-looking book is Poetry for the common people, which is perfect for Ger’s approach to writing.

“This is a book of poetry for ordinary people,” Ger explained. “I’m inspired by nature and my faith in God. It’s simple, down-to-earth verse that’s not complicated.”

Ger came to writing poetry only about five years ago, when, during 2016, he was working as a volunteer in Carlow County Museum. There, he was encouraged and supported by John McDarby to pick up a pen and wrote a poem about the centenary of the 1916 Rising.

In fact, Ger wrote not only one poem about the historic events that unfolded a century ago, he wrote two poems based on the Rising, one of which was published at the time in The Nationalist.

“It was when I was working in the museum that my writing really kicked off because John McDarby really encouraged me to write. After that, I just kept going and I haven’t stopped since,” Ger smiled.

Ger’s love of nature was nurtured by his late father Dan, who used to bring him fishing. Ger grew to love the peace and quiet that he found on the banks of the River Barrow.

“Going fishing with my father put a love of nature in me, being outdoors and near the river made me appreciate all of that,” Ger recalled. “It gave me a love of nature, it was like a gift hidden in me.”

Now that Ger has published his book of poetry, his main aim is for his words to bring comfort to people.

“Covid-19 took away a lot of expectations for people because they didn’t know and still don’t know where it was leading to and when it would end. I want my poetry to light a candle in their hearts, to bring them hope,” Ger concluded.

Ger’s book of poetry is available to buy in Eason’s bookshop in Fairgreen Shopping Centre and in Kevin Kelly’s Pharmacy on Kennedy Avenue.