CARLOW GAA have launched a new initiative – Be Sound or Be Silent – aimed promoting atmosphere on the sidelines of games around the county, particular at underage level.

This will see a new rule piloted at under 11, but will be rolled out to other age groups in the coming years, whereby referees will have the power to discontinue games if they hear of foul and abusive language from supporters.

“This step is one which we hope will never have to be taken, but we are very prepared to act accordingly should the need arise,” said Carlow GAA.

The county board will be working closely with clubs around the county to ensure maximum engagement and they hope that all adult supporters lead by example and that sound sidelines around the county will be populated by “Sound Supporters” only. 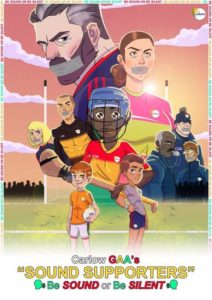