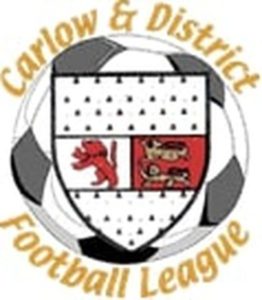 THE Carlow Soccer League have confirmed that they will not be completing the 2020/21 season and instead, are fully focused playing the 2021/22. It seems like that there will be a Shield competition in early August to prepare teams for the new season.

In a statement released by Secretary Brian O’Reilly, the League said:

“The Committee have decided not to complete the 2020/21 season as it poses many problems for Clubs, Coaches, Managers, players, referees, and Volunteers. Due to issues around registration dates etc its essential that we draw a line under the 2020/21 season and focus on reenergising our clubs for the 21/22 season. It is our belief that we should focus all our energy and time in preparing for the new season to make it bigger and better than ever before. When we entered our lockdown last October for what was supposed to be five weeks nobody could have ever imagined it would have lasted over five months. We as a committee are as frustrated as anybody given the time and manpower that went into registering over 900 players on two systems but understand it’s the only sensible decision to make.

Our focus now is on running another very successful short o35 season like last year and starting our new junior season in early August to get players back playing competitively quickly after so long off. We will look to have an exciting new shield competition in the month of August to get everyone back up and playing. We will also be running an u17 and u19 youths league to help our younger players who missed out last year. In the meantime, clubs are free to host their own tournaments after the 7th June as long as they seek permission from me and complete the LFA form for same. There will be an important league management meeting on Zoom the week of the 17th of May with details to follow soon. We will be able to offer a lot more information at this about our 2021/22 season.”

Sportsmanship alive and well in the Carlow Soccer League