Carlow woman’s childhood taken at a stroke of a pen 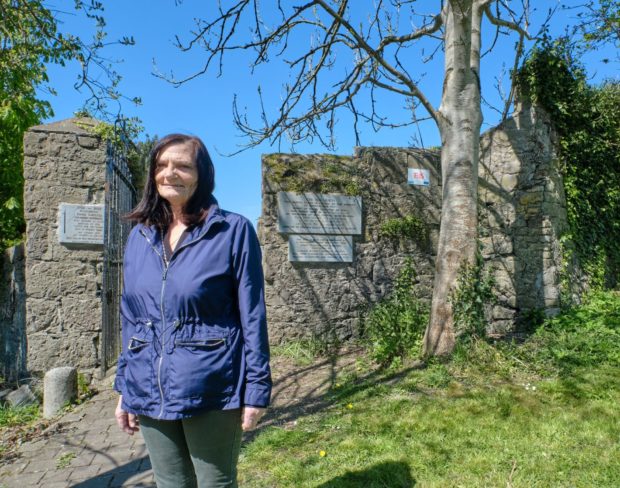 WHEN Mary Dunlevy Greene thinks about her childhood, there are no happy memories.

The Carlow woman was four years’ old when her family was devastated with a few strokes of a pen and she was committed to an industrial school in Limerick. There, she was the victim of daily abuse and degradation for 14 years. Now aged 68, Mary is part of a local campaign to remember the victims of Church and state institutions, including placing plaques at the unmarked graves of babies in Carlow.

For Mary and other survivors, it is important that victims are not forgotten, nor what was inflicted on them.

Mary’s story begins in rural Co Limerick, where she grew up in a family of eight. Her mother Jane tragically died in childbirth in 1956, when Mary was three-and-a-half years’ old. A few months later, the state and Church moved to split the family up. Mary and her three brothers, all aged between two and five years, were brought to court without their father William’s knowledge and committed to industrial schools.

Just a child, Mary is listed as a ‘defendant’ in the court papers in an application taken by the Irish Society for the Protection of Cruelty to Children. More than a third of children committed to industrial schools nationally were made by applications from the ISPCC.

Mary was sent to St Vincent’s Industrial School in Limerick, known as The Mount, while her brothers were sent to an industrial school in Cork. The Mount was run by the Sisters of Mercy order and Mary’s home was now a grey, hulking four-storey building.

It was an unnatural, harrowing place that is impossible to fully comprehend. Mary recalls no joy or laughter. There was no comfort when you were in pain. There was physical abuse meted out everyday.

“You know nothing of the outside world. You have four walls … big, high walls. It is drummed into you from day one: you are no good, you will never amount to anything,” she said.

“The nuns would tell us that nobody cared for us and only for them we’d be out on the streets begging.”

Mary and other children committed were called the ‘house children’. They were discouraged from making friends with each other. Fighting was common, sometimes over food.

Mary attended primary and secondary school in the industrial school, but was given no books or copies and was generally ignored in class. She had no clothes of her own.

On one occasion, she had no shoes that fitted her, so the tip of her shoe was lopped off, leaving her toes exposed to the derision of the ‘day children’, who attended the school from local households. “We weren’t allowed to mix with the day children or speak to them.”

Mary and other house children were told by the nuns that they would be domestic servants and every part of their day was regimented. During lunch breaks and after school, Mary and the house girls were set to work in the industrial school and adjoining convent.

“They had no-one coming from outside to do washing, cleaning, scrubbing or cooking. It was all done by us, not by the nuns … us. That was our station in life,” she said. “We had to clean every day, no matter what.”

“It was unnatural,” said Mary. “We never celebrated a birthday, a Christmas or Easter. Easter and Christmas were holy days and only holy days. More church, more learning hymns, learning prayers. There was nothing joyous about it. Birthdays … we didn’t know they existed. We knew feast days – we were always told today is the feast day of so and so.”

During her second-level education, the vast majority of teachers were lay. “The teachers treated us no better than the nuns did. We were completely ignored in class.”

Her father was forced to pay money every week for Mary and her brothers’ supposed upkeep. It was collected by the gardaí. The local parish priest provided the courts with details of William’s income and personal details.

During her time in The Mount, there was virtually no communication with her family. Her father visited her in the first year or two, when she was still very young. However, he was told he did not have a legal right to his children anymore. The meetings were supervised and, essentially, he was soon told to stop visiting, as it was disrupting other children who had no visitors.

As she got older, Mary thought about becoming a nurse. She talked about it to a nun and was given a clip behind the ear and told to get down from her box.

Unbeknown to her, Mary was supposed to be released when she was 16, but was kept until she was 18.

Despite having no books, copies or even being allowed to study, she passed the junior and leaving certificate exams. She was the only house girl in her year to sit the leaving certificate. However, she never received her official certificate, despite strenuous attempts, which halted her efforts to pursue nursing.

One day, she was told that she would be leaving The Mount that very day. Her older sister was contacted to pick her up. Mary believes she would likely have been transferred to a Magdalene laundry if she hadn’t been picked up. It had happened to others.

Heartbreakingly, too much had been lost in the years apart to have a happy reunion with her family. Her father had his young family taken from him by the Church and state and Mary was now a young woman who had grown up without a parent.

“You can’t mend a relationship that was fractured to that extent or all those years. You are not going to have that loving father and daughter relationship,” she said. “He was a broken man. He never had the chance to raise us. What was done to him bothers me more than what was done to us children.”

William Green died in 1991 aged 71. He had been a farm labourer and in later years had been carer to his mother.

Mary soon left Ireland to work in the UK. She says it was the best thing she ever did.

“If I had not taken the step in leaving Ireland, I do not know where I would have ended up. I would not have got employment, educated myself. No-one knew me in England, no-one ever asked where I came from or where I went to school.”

Mary studied typing, book-keeping and shorthand, while she met her future husband, Donegal man Adrian Dunlevy, in England. They moved back to Dublin and eventually settled in Carlow, when Adrian started working in The Nationalist as an accountant. After Mary reared daughters Janet, Georgina and Deirdre, she also worked in The Nationalist.

Mary cherishes her family, husband, daughters and her five gorgeous granddaughters. However, she only shared her experiences with her husband around 20 years ago and told her daughters, now adults, in recent years. Outside of a very small circle, Mary never talked about what had happened to her until now. She finds it hard to let people in.

“We wouldn’t have been accepted in this town if I had come out with it on day one. I would have been treated completely different,” she said.

Mary took part in a redress scheme run by the Residential Institutions Redress Board, which was established in 2002.

Through the redress board, she was able to gain court records of her committal and some records of her time in The Mount. She contacted the Sisters of Mercy for her information, but received little.

There are no photos of Mary as a child. The first photo she had of herself is in her 20s.

Mary has never been back to The Mount, which is now part of Mary Immaculate College. She had fixed a date to go down to put “some devils to bed”, but Covid-19 and lockdown put an end to that. She then turned to what she could do locally. Sparked by the Mother and Baby Homes Bill  controversy earlier this year, she formed a group with Magdalene laundry survivor Maureen Sullivan and other institutional survivors, their family members and people with local knowledge to get answers to what happened in Carlow. Their focus includes the County Home on Barrack Street, which was essentially Carlow’s mother and baby home. Deputy Jennifer Murnane O’Connor is working with the group to get answers.

The group has carried out research at several areas in Carlow town, where it is known that babies and children are buried in unmarked graves or graves that are not adequately marked. This includes babies who were stillborn and were not allowed by the Catholic Church to be buried on consecrated ground, as they were not baptised.

There is a belief that there are unmarked graves throughout the county, including on a sloping hill outside the old graves on the Athy Road.

“There has to be burial ground for institutions in local graveyards or in institutions. We could do nothing where we were incarcerated, but did these things go on in Carlow and could we mark those graves if we find them?”

It is hoped to place plaques at various locations.

“At least with that someone can go there and pay respects. Our history is not to be forgotten. The next generation needs to know what happened. Lies were spouted for generations about this. Before the surviving survivors are gone, the truth has to be told.”