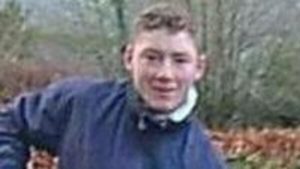 By Ryan O’Rourke and Nicole Glennon

A TEENAGER who has been labelled a hero after he single-handedly saved a mother and daughter from drowning said he had “no choice” but to jump in.

Miley Doran (17) rescued both Stacey Foley and her daughter Sophie Foley-Smith (13) after the pair got into difficulty while on a family outing near the banks of the River Barrow in Carlow on Sunday. Speaking to RTÉ News at One, Mr Doran explained he was down by the river last weekend when a child came over “screaming for her life”.

“When I ran over to see what was happening … the woman was screaming in fear of her life – she was drowning. I had no time for a lifebuoy or anything like that,” he said. “I had no choice but to jump in and pull the two of them out.”

“I had to try and do the right thing.”

Ann Langton, Stacey’s mother, said she wants to see the young Traveller boy nominated for a national award for his bravery. Ms Langton said her granddaughter Sophie and her friends were sitting with their feet in the river before Sophie stood up, took a couple of steps, and then “went down” with the force of the current dragging her into the river.

“My daughter realised Sophie was in trouble.”

Her instincts kicked in, and she automatically jumped in to rescue her, she explained, but soon she realised they were now both in serious trouble.

“My daughter said she could feel herself getting weak, and all that was in the back of her head was ‘if I go down, both of us are going to drown’. She has twins, who are eight. Both of them were on the banks screaming for someone to help their mammy. Miley heard the screams over all the children in the park.”

Ms Langton has called for the boy to be honoured with a National Bravery Award for his actions.

“He should be an inspiration to all the young people in Carlow,” she said. “He is so quiet and so humble; he didn’t even tell his mother.”

However, Miley’s mother Maggie soon found out through the power of Facebook.

“What he’s done, I am so proud of him,” she said. “He took the chance himself and he brought them out.

“He told me he was walking up the banks of the river and he heard screams from a child in the water. He went in and saved the little one and then had to go back in after to save the mother.”

Miley’s mother explained that the whole family learned to swim at that very spot, having lived on the banks of the river in the past.

“He loves his fishing … he’s always on that river,” she said.

“Fair play to Miley Doran for his quick thinking and selfless heroics,” he said. “He’s an inspirational young man and a credit to his town and to his community.”