Court is fumigated after pair refuse to wear masks 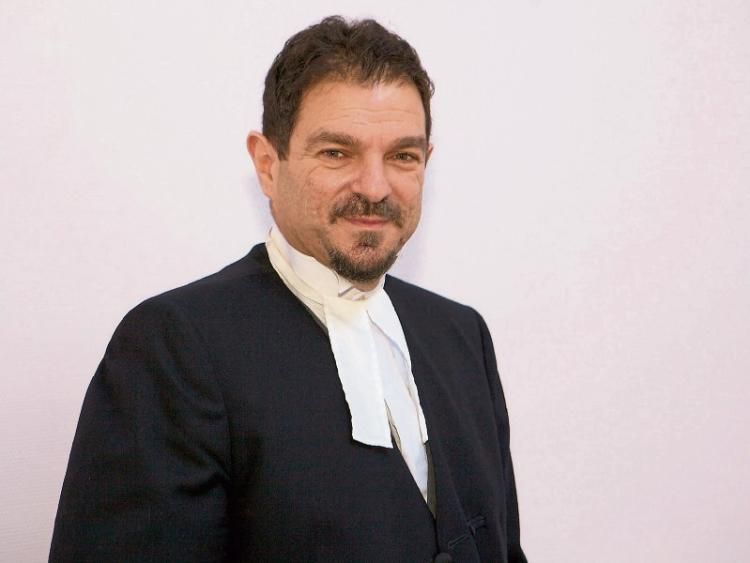 Judge Desmond Zaidan: “Will you listen to me? This is not child’s play”

TWO people who refused to wear a mask on a train en route to a protest in Dublin were each given conditional bail and remanded to reappear in November to find out how the DPP wishes to proceed with their prosecution. Bridget Scanlon (47) of Dolmen Heights, Carlow and 52-year-old Kenneth Donnelly, Crossneen, Carlow both appeared in Naas District Court from custody – specifically just before lunch – following their arrest the day before at Athy Railway Station.

“I take it they’ll still come in defiant?” surmised Judge Desmond Zaidan as notification of their arrival reached the bench.

“Anyone squeamish about health and safety should leave now,” said Sergeant Brian Jacob.

As predicted, both refused to wear any sort of face coverings for their appearances, which forced the authorities to apply heightened protocols. This included both courts – district and circuit – being emptied of anyone not associated with the case, that the escort gardaí use surgical gloves as well as their masks and that the courtroom get a full fumigation during the lunch break.

“What’s the connection between them?” asked Judge Zaidan.

“Similar cause,” sighed the sergeant.

Garda Dooley from Carlow told the court how she and a colleague were called to Athy Railway Station at 4.25pm the day before after the ticket inspector on the Waterford-Dublin train notified gardaí of two passengers who boarded the train in Carlow and were refusing to wear face coverings in line with current guidelines.

Garda Dooley said that there was some difficulty in identifying the female when she refused to give a name and address, but this was established on discovery of her PPS card on her person.

“Judge, her reply to the charge was the middle finger,” said Garda Dooley, who also testified that the train was delayed for 20 minutes and that the accused were “aggressive”.

Both were charged under public order legislation for failing to follow the lawful direction of a garda and failing to give a name and address; however, Garda Dooley told the court that there may be further charges to follow “under the Covid legislation”.

“We believe they were travelling to a demonstration in Dublin and the train was quite busy at the time,” said the garda.

“The law is the law and we’re all bound by the new health guidelines, which are now written in law,” noted the judge.

Garda Eamon McGinley gave similar evidence with regard to Mr Donnelly’s arrest and told the court his formal reply to charge was “I’m innocent. I’m a victim of the state”.

Mr Donnelly told the court he was a freelance photojournalist and was “exempt from health guidelines”. He offered a doctor’s letter to the court to prove this, but the judge noted that it said “specifically face mask, you could wear a face shield”, which prompted Mr Donnelly to further protest.

Judge Zaidan said: “Will you listen to me? This is not child’s play. If you’re not willing to meet me halfway, I’ll remand you in jail.”

Mr Donnelly claimed that because of his work the Crossneen address was not always where he stayed, and he tried to claim an address in Cork, but Garda McGinley said: “He has come to garda attention in the last year and this address never came to light.”

It took the judge four attempts to get Mr Donnelly to confirm his address in Carlow, to which he shouted “It’s worth half a million”, as he grudgingly acceded.

Both were ordered to sign on twice weekly in Carlow Garda Station and to reside at their eventually-given addresses.

Sergeant Jacob warned that if they refused to wear masks for this requirement, they would not be allowed to sign on in a public office and thus would be liable for re-arrest for breaching a bail condition.