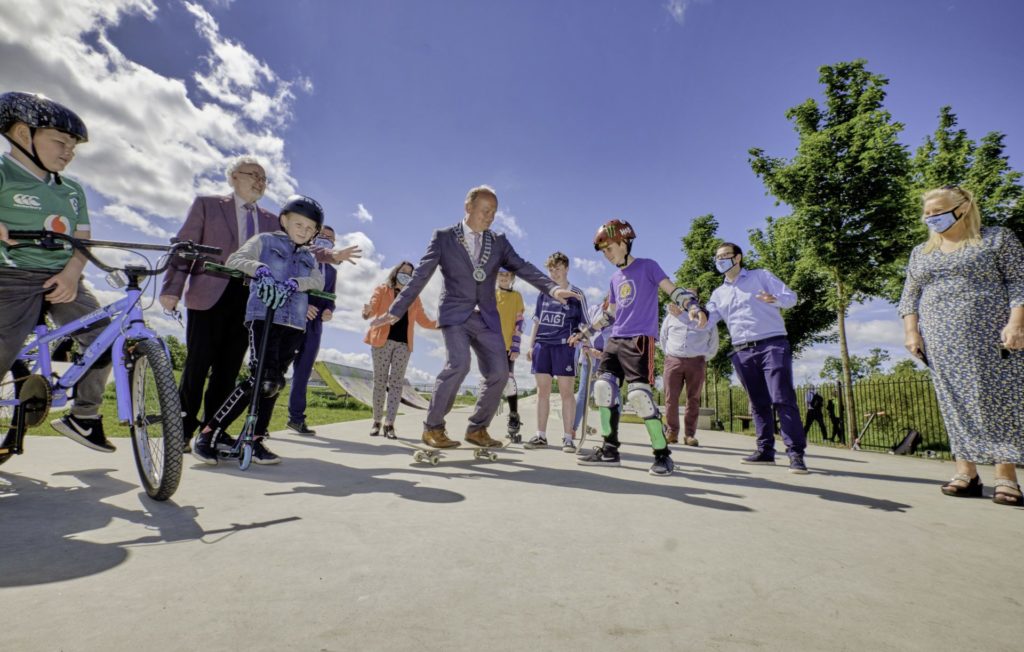 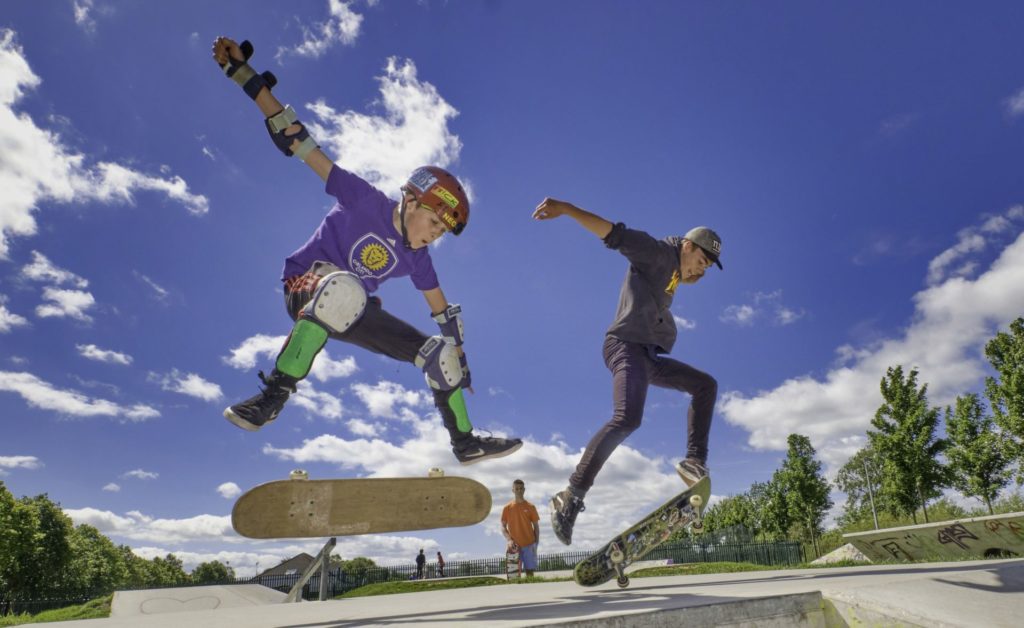 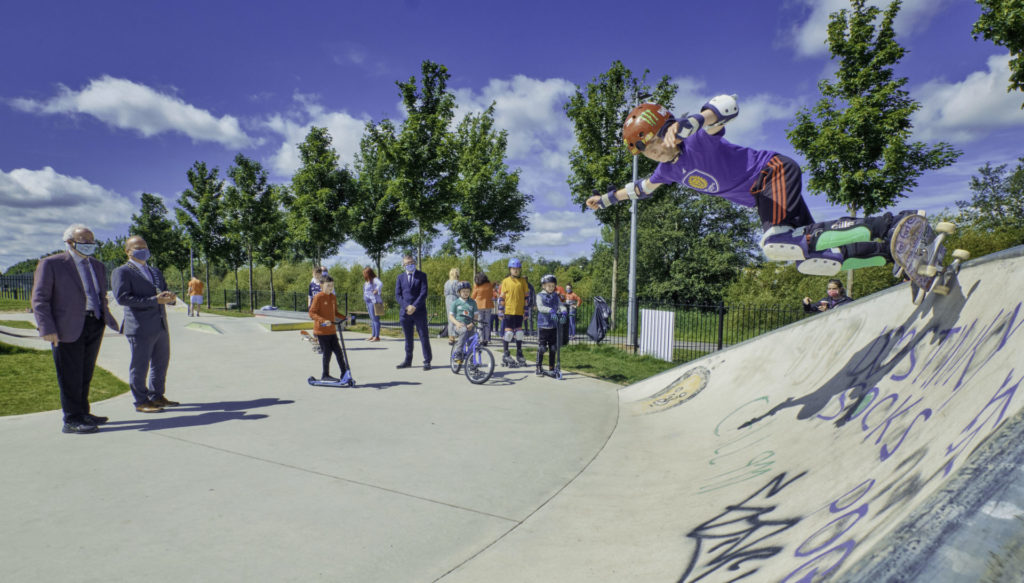 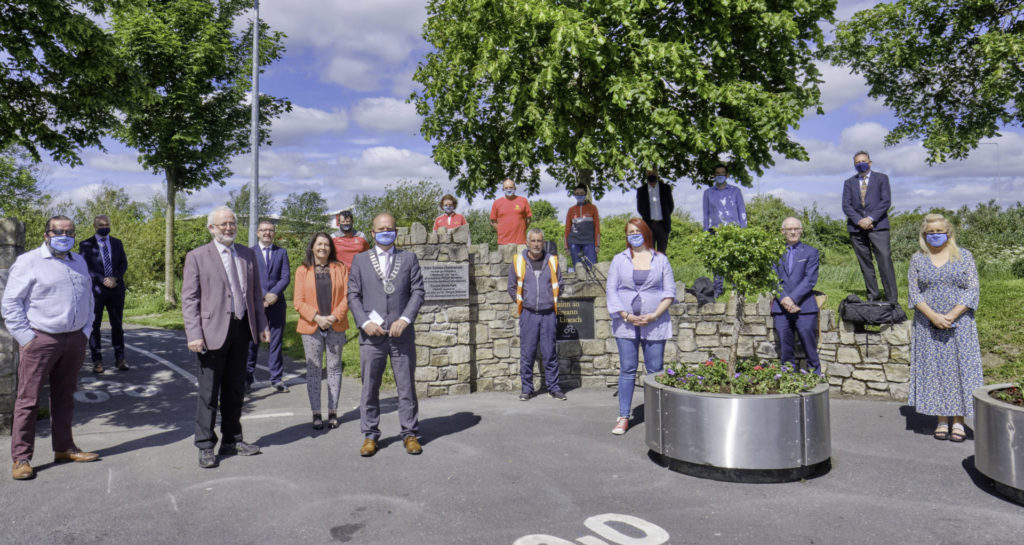 A LONG-HELD aspiration finally got its chance to fly high this week with the official opening of Carlow Skateboard Park.

The popular facility at Burrin Road, Carlow was given its seal of approval on Friday with an official opening by mayor of Carlow cllr Fergal Browne, who eagerly tried out the deck, although sadly a full 360 eluded him!

The skateboard park is a hugely popular amenity and mayor Browne predicted this popular activity is only set to increase with the inclusion of skateboarding as an Olympic sport at this year’s games in Tokyo.

“This amenity provides a safe environment for skateboarding and BMX biking users. It’s an important community asset and contributes to and enhances the wellbeing of our young people,” said mayor Browne.

“This facility will also assist in building social skills and new friendships and will be a source of pride for our young people,” he added.

Mayor Browne paid tribute to the members of the now-abolished Carlow Town Council, in particular former councillor Rody Kelly, who first proposed a skateboard park for Carlow back in 2000. During the intervening years, a petition establishing the appeal of a skateboard park in Carlow garnered 3,000 signatures, while council members also visited skateboard parks in Ennis and Wicklow.

Back in 2014, the town council also had the foresight to set aside funding for the project prior to the abolition of town councils.

“I wish to thank Brennan Associates, Grove House, Athy Road, who were involved in preparing the tender documentation for the design and construction of this project, and the contractor SpraoiLinn, Wexford, who constructed this project,” said mayor Browne.

“I also would like to acknowledge Carlow Regional Youth Services, who were involved in this project from the start, and the staff of Carlow County Council, who ensured the delivery of this project,” he added.

Further funding of €60,000 for additional seating in the vicinity of the park and parking control measures were also recently allocated for the skateboard park and their installation is expected to begin shortly.