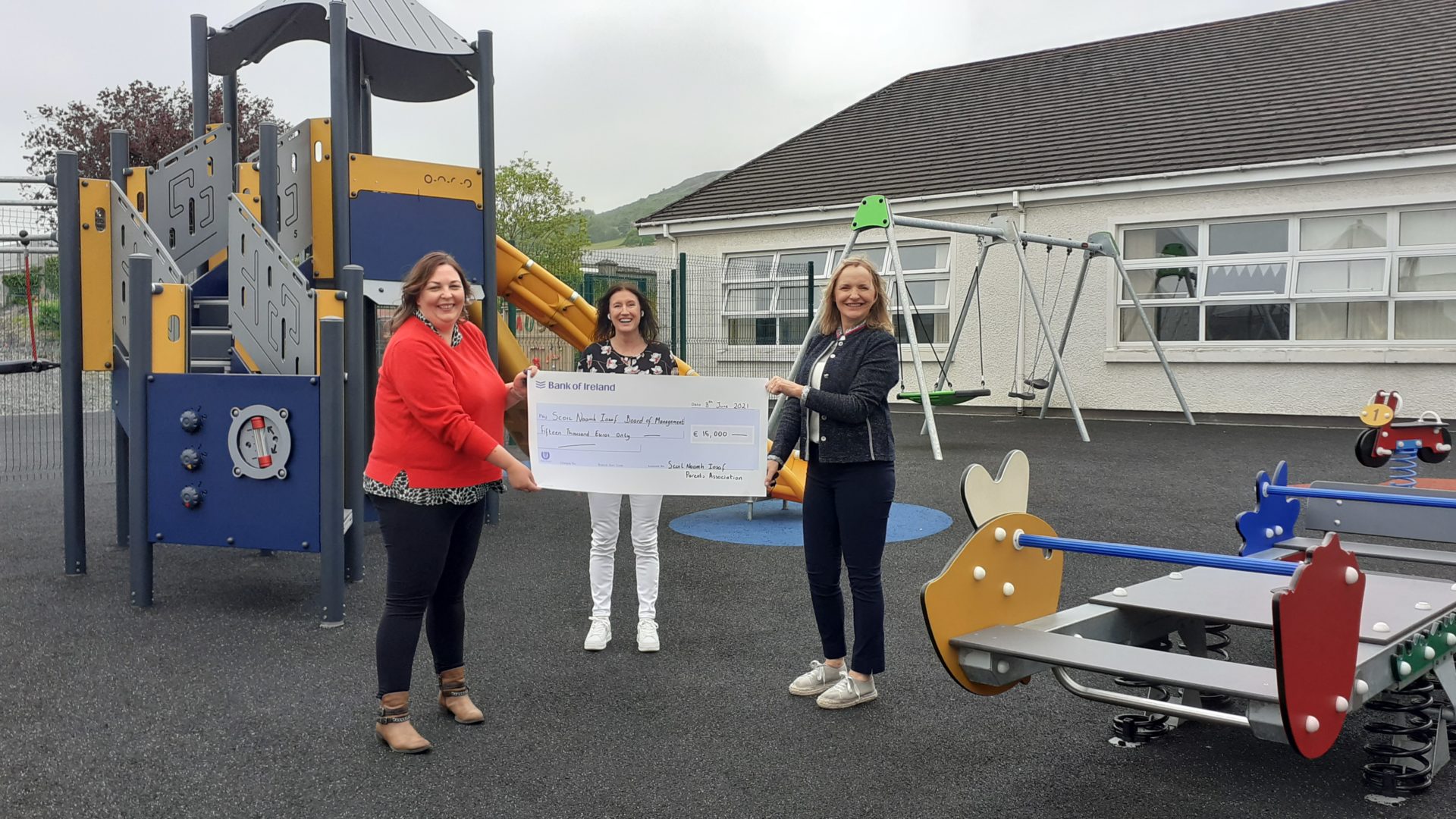 Chairperson of the parents’ association, Orlaith Murphy, presented school principal Mairead Hennessy and board of management chairperson, Catherine Burke, with a cheque for €15,000

A fundraiser set up by the parents’ association of Scoil Naomh Iosaf, Baltinglass, has reached its half-way point with the presentation of €15,000 to school principal, Mairéad Hennessy.

The money was raised to pay for a wonderful playground for the youngsters through a Buy-a-brick campaign where people were invited to donate money to the fund and have their name inscribed on a plaque by way of thanks.

These will be donors who have contributed a minimum of €25 to the fundraiser, but any donation, big or small, is greatly appreciated. 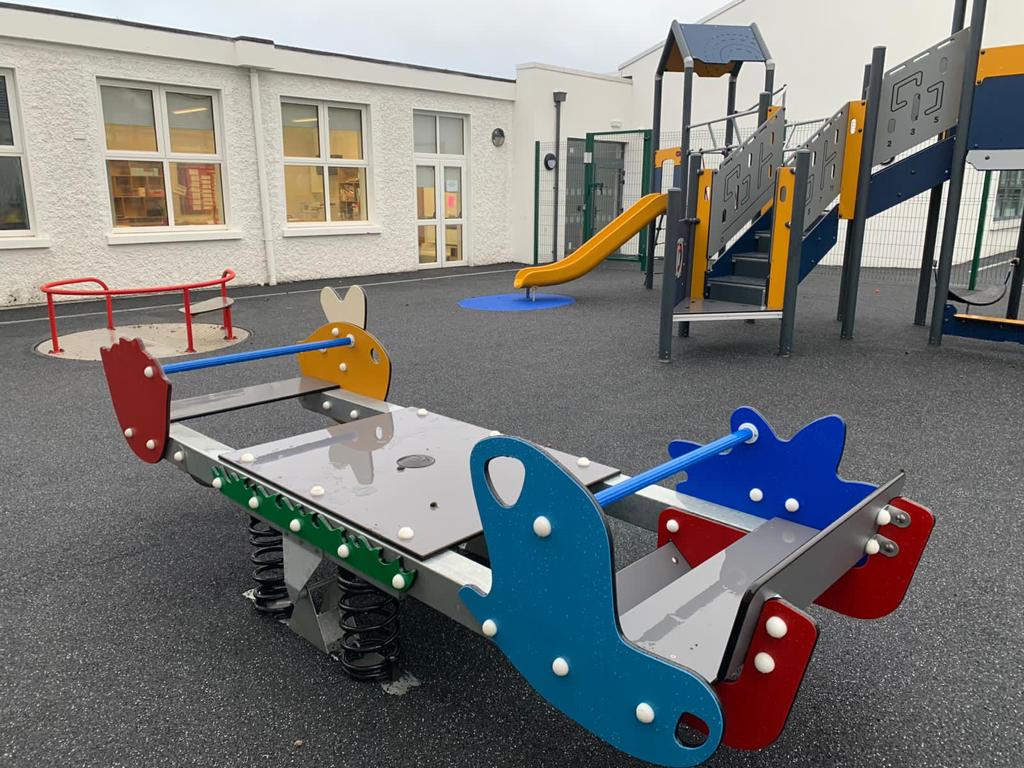 The playground was installed and passed inspection just before Christmas. The fundraising campaign was originally launched in March 2020 but within weeks, the parents’ association took the decision to suspend the fundraiser due to Covid 19 and had to borrow the money to get the playground installed.