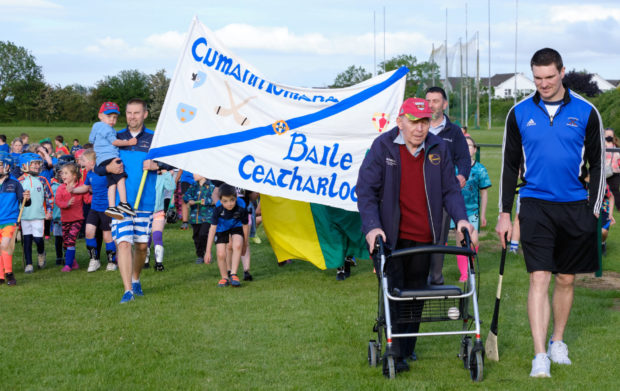 Pat O’Brien a former county secretary of Carlow GAA, former secretary of Coisde na nÓg former chairman of Carlow Camogie and past president of Carlow GAA along with Carlow senior footballer Conor Lawler took part in the “Barrowside Challenge” a 50/50 fundraiser between Carlow GAA and its Clubs in the Carlow Town Hurling Club, Pat and O’Connor were supported by club members, family and friends. Photos: michaelorourkephotography.ie

THE inaugural Barrowside Challenge in aid of Carlow GAA and its clubs drew support from across the globe.

Over 60 members of local GAA community walked or ran a 5k in aid of both club and county backed up by a raft of supporters.

While sponsorship and donations are still coming in, the event has raised over €70,000 as of Monday morning. This will be split between Carlow GAA and local clubs.

“We are indebted to everyone. We really appreciate all the participants, the clubs and wider community that rowed in behind us. It’s been fabulous. We have got support from outside Carlow, indeed outside Ireland. Across the globe people have supported us. We are very grateful for everyone who has supported us,” he said. “We are very pleased overall. We had a great start when it launched, a bit of a lull in the middle which is understandable but we hope to finish very strongly which looks like we’ll do.” 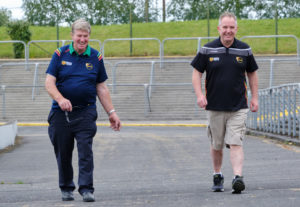 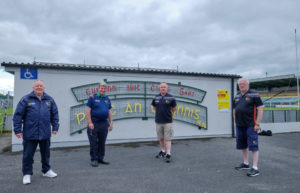 “It was unique; it was our first time trying this out,” said Bolger. “It was good to have a mix of youth and experience. It was nice to have a joint initiative as well that you were raising funds not just for the county but the club as well.”

The fundraiser was vital with clubs and county board having little opportunity to raise funds during the pandemic.

Bolger said: “With our loyal supporters not coming through the gates due to Covid, that is where we generate our income. Notwithstanding that, we are still trying to prepare county teams, provide equipment and gear for them as well as maintaining our facilities to a very high standard.”

He added: “We want to make sure that our county players have the resources necessary to complete as well as our development squads.”

People still can donate online until next Monday 14 June by visiting www.clubcarlow.ie.

Another GAA fundraiser, the club development draw, will be run over the coming months. The Carlow GAA golf classic will hopefully take place around September while there will be potentially another fundraiser towards Christmas. 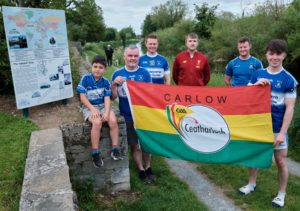 Johnny Nevin, Willie Minchin, Jamie Canavan and Niall and Tadhg Roche from Old Leighlin, who part in the “Barrowside Challenge”