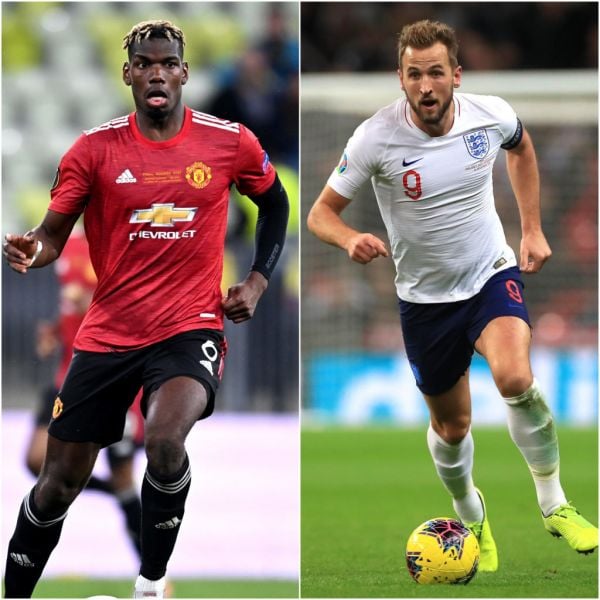 Juventus have entered the hunt for Harry Kane, Calciomercato reports. The England striker could be set to leave Tottenham this summer, with Manchester City believed to be at the top of the list of potential destinations.

However, Juventus have now indicated their interest in the 27-year-old, although the pricetag put on Kane may be a stumbling block. Spurs chairman Daniel Levy is said to have rated Kane at around the £130million mark, Calciomercato says.

Paul Pogba has thrown doubt on his immediate future at Manchester United by refusing to talk down rumoured interest from Paris St Germain, the Daily Mirror says.

With the midfielder having a year left on his contract, United are moving to extend his current deal with improved terms, rather than risk him leaving on a free transfer next year. But when asked about a rumoured move to PSG this summer at a pre-Euros press conference, the France star said merely his agents would handle any future moves.

Ilkay Gundogan has been linked with a move from Manchester City to Barcelona, according to The Sun.

The 30-year-old Germany midfielder has two years left on his current contract, but is aware Barcelona have been keeping close tabs on his situation. Gundogan has made no secret of his admiration for Barcelona in the past. However, City sources have said they have no plans to sell Gundogan this summer.

David Moyes is set to sign a new three-year contract to remain West Ham manager, which would rule out a return to Everton, The Daily Telegraph reports. The 58-year-old had been linked with a return to the Toffees, who he managed for 11 years, following Carlo Ancelotti’s return to Real Madrid. But instead he has agreed terms on extending his current tenure at the Hammers, which has 12 months to run.

Olivier Giroud is set to leave Chelsea for AC Milan, according to Calciomercato. The 34-year-old veteran striker is ready to put pen to paper on a two-year deal with Milan as the Italian club looks to bolster its attack depth for next season.

Arsenal ‘on the verge’ of signing goalkeeper Andre Onana but he won’t play until November https://t.co/hH1B9kxyoa

Rudi Garcia: The 57-year-old former Lyon manager has been contacted by Everton about the vacancy at Goodison Park, L’Equipe reports.

Kostas Tsimikas: The 25-year-old left-back is a target for Fenerbahce, with Liverpool open to letting him go out on loan, Sport Witness reports.