Senior Kinahan Cartel figure, his wife and his mistress laundered about €1.3m in crime cash

Senior Kinahan Cartel lieutenant Declan Brady, his wife and his mistress laundered approximately €1.3 million in crime cash through transfers that included mortgage payments on a Spanish holiday property, a wedding at Druid’s Glen and transfers to other gang members, the Special Criminal Court heard today.

The court heard that a bar tab and room bills for €27,000 from the wedding were paid for in cash, while both Brady and his wife declared no income to the Revenue over the period in question.

The non-jury court heard during today’s sentence hearing that Brady (55), who is known as “Mr Nobody” had laundered €318,654 in crime cash through multiple bank accounts, his wife Deirdre Brady (53) had laundered €770,499 and another woman Erika Lukacs (37), who was described today as Brady’s “mistress”, had laundered €196,864.

Deirdre Brady, the mother of Declan Brady’s three adult children, transferred over €140,000 in organised crime cash to the Spanish bank account of Thomas ‘Bomber’ Kavanagh over a five-year period, the court heard.

She also paid another €3,000 a month to her husband’s Spanish mortgage account on a property in Cala D’Or in Majorca, totalling over €138,000 between 2014 and 2016. The property has since been repossessed by the bank in Spain.

The three-judge court was also told that Declan and Mrs Brady also paid €66,301 to the Druids Glen Hotel in Wicklow for the wedding of a family member, €27,265 of which was paid in cash for bar and room bills.

Counsel for Mrs Brady, Michael Bowman SC, said his client was “acting blind” and “in complete ignorance” when she paid the rent on a property, which her husband had shared with his “mistress”. 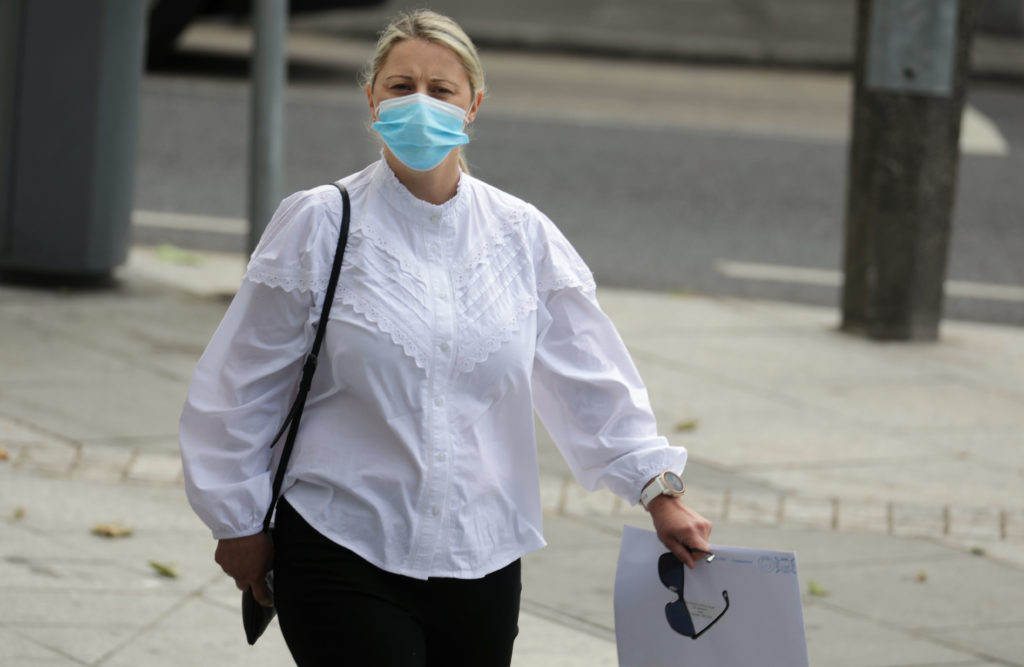 Erica Lukacs, with an address at Lakelands, Naas, Co. Kildare, who was described today as Brady’s “mistress”, had laundered €196,864, the court was told. Photo: Collins Courts

Lawyers for Declan Brady, who pleaded guilty last April at the Special Criminal Court to hiding over a quarter of a million euro in crime cash in the attic of a Kildare address, said that their client had taken responsibility for his own actions and expressed “profound regret” that but for him taking possession of the money, his two co-accused would not find themselves before the court.

Brady, the court heard, was taking orders from “more sinister forces based abroad”, which could not be lightly disregarded.

The Special Criminal Court also heard today that all three accused have since paid money to the Criminal Assets Bureau (CAB).

Cartel lieutenant Brady is already serving an 11-and-half-year jail term imposed by the same court in July 2019, after he admitted supervising a firearms arsenal including an assault rifle and thousands of rounds of ammunition that had been stashed in a Dublin business park.

On April 23 last, Brady with an address at The Park, Wolstan Abbey, Celbridge, Co Kildare pleaded guilty to concealing cash to the value of €268,940 in the attic of The Dairy, Rathasker Road, Naas, Co Kildare, on January 24, 2017.

Brady had been charged in February with a total of 16 non-scheduled offences within the State between January 1, 2012 and January 24, 2017, inclusive. All the charges come under Section 7 of Criminal Justice Act 2010 and relate to money laundering and terrorist financing within the State.

Mrs Brady, of The Bailey, Castlefarm, Naas, Co Kildare pleaded guilty to concealing or disguising the true nature or source of money credited to a Permanent TSB Account on various dates between January 1st, 2014 and December 31st, 2014, within the State, knowing or believing or being reckless as to whether the property, in the names of Declan Brady and Deirdre Brady, was the proceeds of criminal conduct.

Lukacs, with an address at Lakelands, Naas, Co Kildare, admitted to concealing or disguising the true nature or source of money credited to an Allied Irish Bank account on various dates between January 1st, 2012 and December 31st, 2012, within the State, knowing or believing or being reckless as to whether the property, in the name of Erika Lukacs, was the proceeds of criminal conduct.

Last April, Fiona Murphy SC, prosecuting, told the court that there would be additional pleas required from the three individuals when they appeared before the court for their sentence hearing.

Det Sgt Anderson said gardai observed two men [Jonathan Harding and James Walsh] leaving the premises at the business park while a search was being carried out and a third man [Brady] was found inside. The witness said that gardai seized 15 firearms, including a Kalashnikov, a submachine gun, and a semi-automatic weapon that were found alongside a device to manufacture vehicle registrations. A stolen forklift and a mobile tracking device were also found.

In July 2019 Brady, who was tasked by senior criminal figures abroad to supervise the weapons cache, was sentenced to 11-and-a-half years imprisonment after pleading guilty to possession of the weapons.

During the investigation, gardai obtained a warrant to search Brady’s home address on January 24th, 2017. Upon entering the house at Wolstan Abbey, Mrs Brady was present and gardai seized monies and bank documents.

When questioned, Det Sgt Anderson said Mrs Brady could not give a definitive answer as to the origin of the money and said she only had sole access to her bank accounts.

A forensic analysis of Mrs Brady’s bank accounts showed that she had transferred money to two Spanish bank accounts and Thomas Kavanagh, a senior figure within organised crime, was the beneficiary of one of these bank accounts, he said.

On the same day, gardaí obtained a warrant to search The Dairy at Rathasker Road in Naas as they believed Brady was residing at that address with his girlfriend, Hungarian national Lukacs. Det Sgt Anderson said Brady and Lukacs had had a baby girl together in October 2016.

Upon searching the property, gardai located a total of €250,000 in cash that had been spread across a bread bin on top of a fridge, a shoebox, a laptop bag and a hold-all bag in an attic. They also discovered documents for multiple bank accounts.

The detective said that Brady had declared “no gross income” to Revenue for four years and had five bank accounts, three of which he jointly held with his wife while another was a personal loan account.

The court heard that Mrs Brady had shared a joint mortgage account with her husband and she had made 21 individual cash lodgements to him totalling €89,000 between 2014 and 2017.

Det Sgt Anderson explained that Mrs Brady’s Ulster Bank account showed cash lodgements in amounts of €3,000 were made by her to a Spanish account each month. “Declan was the beneficiary and it was used to pay his Spanish mortgage. The amount of money that went into it was €138,000,” he said.

The witness said a close family member of Declan Brady got married at Druids Glen in May 2015 and the wedding cost €66,301. “A sum of the wedding bill was paid in cash, including a bar tab for €27,000. These payments don’t tie back to Declan Brady’s account, indicating they came from elsewhere,” he said, adding that all the monies were completely out of proportion from his declared income.

Brady was arrested at Mountjoy Prison for the offence of money laundering and interviewed twice at Clondalkin Garda Station. 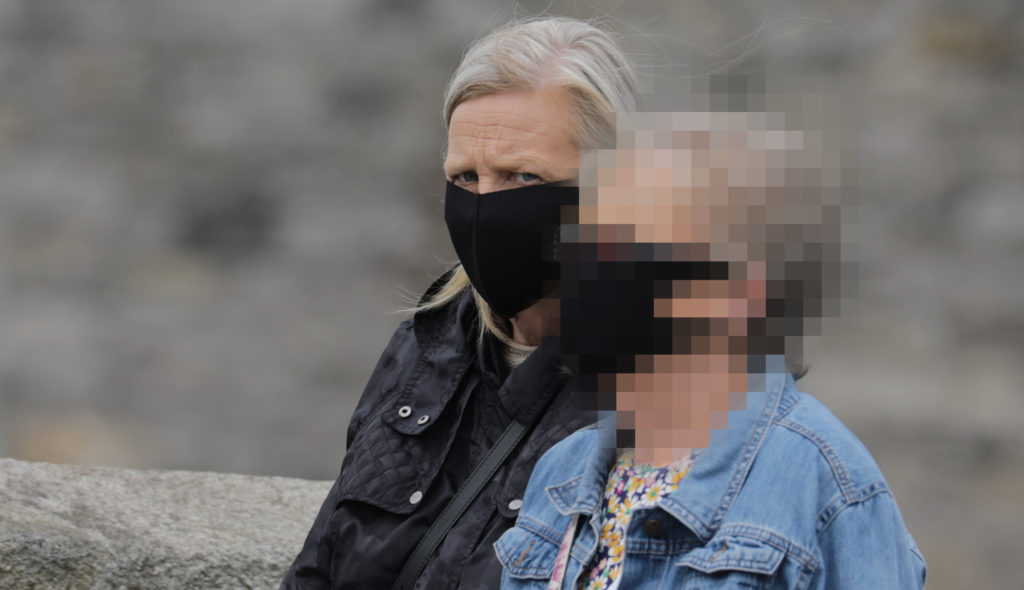 Deirdre Brady, of The Bailey, Castlefarm, Naas, Co Kildare: tax records showed that she had declared no income to the Revenue in that period and an analysis of her bank account showed lodgments of €690,000. Photo: Collins Courts

Det Sgt Anderson described Mrs Brady as a “housewife and homemaker”, who had eight bank accounts between 2012 and 2017, of which four accounts were jointly held with her husband.
Her tax records showed that she had declared no income to the Revenue in that period and an analysis of her bank account showed lodgements of €690,000, he said.

The witness said monthly cash lodgments totalling €144,000 had been transferred by Mrs Brady to the Spanish account of Thomas Kavanagh over five years.

Kavanagh (52), a major player in the Kinahan cartel, pleaded guilty last year to a series of serious drug and firearms offences at a court in England. He is currently in custody in the UK awaiting sentencing.

Mrs Brady had paid €36,000 towards the wedding at Druids Glen between March and May 2015. “All Revenue records confirmed that all monies were completely out of proportion,” said the detective.

Mrs Brady, who has no previous convictions, was arrested in Leixlip for the offence of money laundering on August 1st, 2018.

Referring to Lukacs, Det Sgt Anderson said she operated four AIB bank accounts between 2012 and 2016 and one of these was a joint account with Brady. She had lodgements totalling €381,319 and Revenue records showed she had filed income tax returns in 2010 and 2015. She was also in receipt of regular child benefit for €140 and her declared income in 2016 was €34,245.

He said that gardai had no reason to believe that Lukacs had any knowledge of the cash found in The Dairy, where she resided and Mr Brady had accepted responsibility for this. She was arrested on July 3rd, 2018 for the offence of money laundering and interviewed twice by gardai, where she denied any knowledge of cash in her attic or house. She has no previous convictions.

The court was told that all three have paid money to the Criminal Assets Bureau. Declan and Mrs Brady were assessed as owing €622,929 and owe a balance of €173,649.

They have sold three of their properties, including a house in Firhouse in Dublin, another house in Wolstan Abbey and an apartment in Tavira in Portugal. The mortgage on their other apartment in Cala D’Or in Majorca had not been paid in some time and has been repossessed by the bank in Spain.

Mr Justice Hunt, presiding, sitting with Judge Gerard Griffin and Judge David McHugh, remanded Brady in custody until July 30th, when he will be sentenced. The two women were remanded on continuing bail until that date.

On February 19th last, Brady was also charged with concealing cash to the value of €2,000 and £10,000 in a bread-bin on the same date and at the same location, knowing or believing or being reckless as to whether the property was the proceeds of crime.

He was further charged with concealing, disguising, converting, transferring, handling, acquiring, possessing or using money credited to Ulster Bank Account and Permanent TSB, in the names of Declan Brady and wife Deirdre Brady, on various dates between January 1, 2014 and December 31, 2016, within the State, knowing or believing or being reckless as to whether the property was the proceeds of criminal conduct.