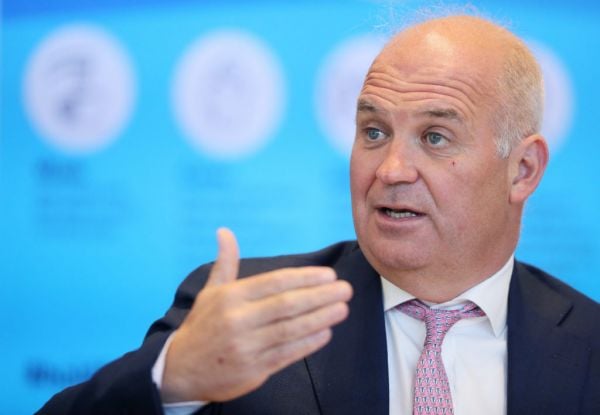 Public health officials are mulling a recommendation against non-essential travel to the North due to the rise in Delta variant cases there.

The National Public Health Emergency Team (Nphet) “may well have to give consideration” to advising against non-essential travel to Northern Ireland, according to chief medical officer Dr Tony Holohan.

While Nphet has not formally given this advice, it is “keeping a very close eye” on the threat posed by variant cases in the North, Dr Holohan said.

Officials from the Republic are due to discuss the issue with their Northern colleagues on Friday.

More than 20 per cent of sequenced cases in the North are variant cases, compared to about 5 per cent in the Republic.

Speaking at a press briefing on Friday, Dr Holohan said the North is facing a “significant challenge” from the spread of the variant in some areas. He described Derry as a “hotspot” for the virus, with its seven-day incidence of 130 cases per 100,000 people one of the highest on the island.

Dr Holohan advised people to make their own risk assessments when deciding on travel to the North.

Officials are advising against non-essential travel to Britain, where the proportion of variant cases is now over 90 per cent in parts.

On summer holidays, he said the continued advice for people is not to travel unless you’re fully vaccinated.

Referring to the planned resumption of travel within Europe from July, he said Nphet would like to see this happen because of the extent of vaccination in the population, but the focus should be on people who are immunised.

Asked about people in their 20s, he said he would advise them not to travel if they are not vaccinated. “There are plenty of good holiday opportunities in this country,” he said.

In relation to parents who are vaccinated, he said Nphet would not be making recommendations about children because they are not at present being offered vaccines.