Euro 2020 day eight: England and Scotland face off at Wembley 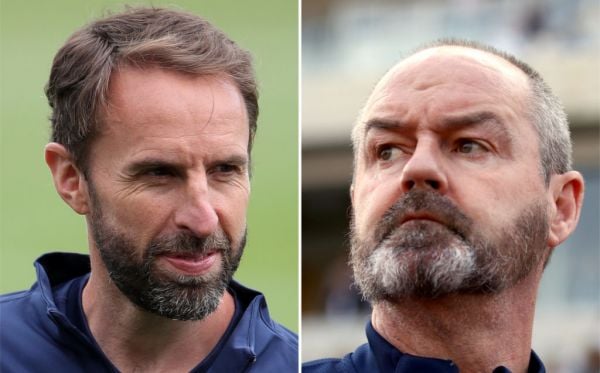 The latest chapter in the oldest rivalry in international football will unfold at Euro 2020 on Friday evening when England meet Scotland at Wembley.

Victory would see Gareth Southgate’s men progress to the last 16, while the Scots are desperate to open their Group D account after Monday’s 2-0 defeat to the Czech Republic.

The Czechs will earlier attempt to build upon their good start when they face Croatia at Hampden Park, while the early kick-off will see Group E rivals Sweden, who drew 0-0 with Spain in their first game, and Slovakia, 2-1 winners against Poland, go head-to-head in St Petersburg.

Happy to grab the 3 points in a special match… @ChrisEriksen8, we got you 👊

On Thursday evening, Belgium came from behind to beat Denmark 2-1 on an emotional evening in Copenhagen, with Kevin De Bruyne the central character in the drama.

De Bruyne was introduced as a second-half substitute and set up Thorgan Hazard to cancel out Yussuf Poulsen’s second-minute opener before himself scoring the winner on a night when both sides paid tribute to Christian Eriksen as he continued his recovery from a cardiac arrest.

The Belgians booked their place in the knockout stage as a result, and they will be joined by Holland after Memphis Depay’s penalty and a second goal from Denzel Dumfries secured a 2-0 win over Austria.

However, North Macedonia will be going home after their final Group C game following a 2-1 defeat to Ukraine courtesy of goals from Andriy Yarmolenko and Roman Yaremchuk, with Ezgjan Alioski replying.

Denmark head coach Kasper Hjulmand sends a message to midfielder Eriksen as he continues his recovery from a cardiac arrest.

North Macedonia’s Alioski acrobatically fired home the rebound after Ukraine goalkeeper Georgiy Bushchan had denied him from 12 yards, but at the other end, Ruslan Malinovsky was not given a second chance by Stole Dimitrievski.

Depay scored his first goal of the tournament to continue his impressive attacking record in a Holland shirt.

‘I didn’t quit’ – Simone Biles provides response to her critics