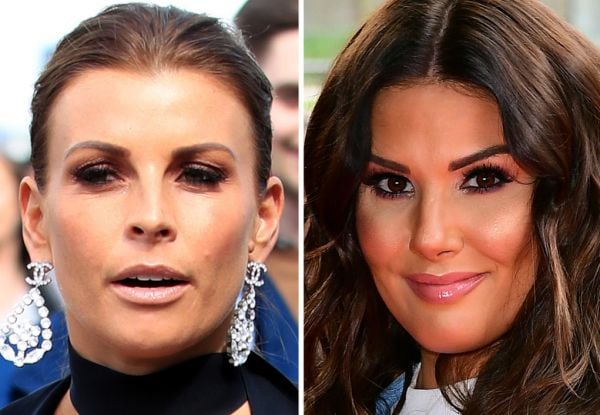 Rebekah Vardy will ask the UK High Court to throw out parts of Coleen Rooney’s defence in the latest round of their libel battle.

Mrs Rooney (35) accused Mrs Vardy (39) of leaking “false stories” about her private life in October 2019 after carrying out a months-long “sting operation” which saw her dubbed “Wagatha Christie”.

The wife of former England star Wayne Rooney claimed her fellow footballer’s wife shared fake stories she had posted on her personal Instagram account with The Sun newspaper.

“I have saved and screenshotted all the original stories which clearly show just one person has viewed them. It’s………. Rebekah Vardy’s account.”

This has been a burden in my life for a few years now and finally I have got to the bottom of it…… pic.twitter.com/0YqJAoXuK1

Mrs Vardy, who is married to Leicester City striker Jamie Vardy, denies the accusations and is suing Mrs Rooney for libel.

At a hearing on Friday, Mrs Vardy’s lawyers will ask the High Court to strike out parts of Mrs Rooney’s defence.

Mrs Vardy has also applied for summary judgment – a legal step which would see that part of the case resolved without a trial – in relation to Mrs Rooney’s claim that Mrs Vardy leaked a story to The Sun about her returning to TV presenting.

Mrs Rooney said she blocked everyone except Mrs Vardy from seeing her Instagram stories between September 1 and October 4th, 2019 before posting a selfie with text reading “easing my way back into work!! TV decisions today” on September 25.

However, Mrs Rooney said she “invented” the story as part of her investigation to discover the source of the leaks and had no intention of entering into more television work.

“It can be inferred that the claimant was the source of the information, whether directly or indirectly,” she said in her written defence.

Mrs Rooney has also said she planted stories about her travelling to Mexico to “see what this gender selection is all about” and the basement flooding in her new house.

Her defence continued: “No credible or verified ‘alternative’ explanation has been provided by the claimant as to how the defendant’s private information, which was shared only with her, through her Instagram account, could have been and was in fact given to The Sun.”

Mrs Vardy sued Mrs Rooney last June, claiming she “suffered extreme distress, hurt, anxiety and embarrassment as a result of the publication of the post and the events which followed”.

In her written case against Mrs Rooney, Mrs Vardy’s lawyers said the abuse she received made her “feel suicidal”, adding: “She suffered from severe panic attacks and anxiety which manifested in being scared to leave her house.”

Mrs Vardy claimed her husband Jamie was targeted during football matches, with opposition fans chanting “your wife is a grass” for up to five minutes at a time.

But Mrs Rooney’s lawyers said the post was “entirely legitimate and justified” and referred to Mrs Vardy’s “exceptionally close relationship” with The Sun and some of its journalists.

The hearing at the Royal Courts of Justice on Friday before Mrs Justice Steyn is due to begin at 10.30am.