Who will succeed Edwin Poots as DUP leader? 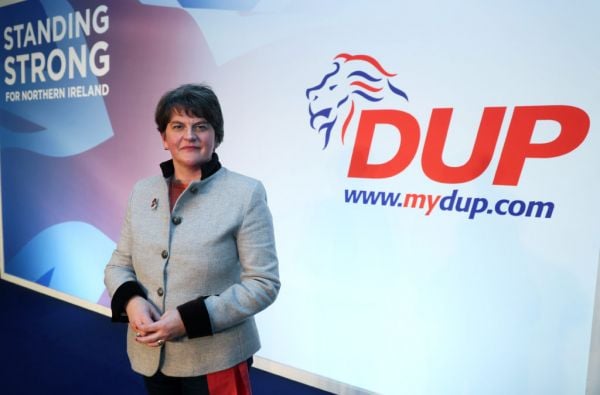 After the disastrous tenure of Edwin Poots, the DUP is looking for another new leader only a month after electing its last.

It remains unclear whether there will be another contest this time round or whether the party will revert to its more familiar tradition of an unopposed coronation.

Jeffrey Donaldson, who lost May’s contest by a razor thin 19 votes to 17, will be seen as a clear favourite by many. It appears the job is his, if he still wants it.

The long-standing Lagan Valley MP is the party’s current leader at Westminster. The former Ulster Unionist is seen as more moderate than Mr Poots, with a political outlook more broadly in line with Mrs Foster.

However, he is far from a liberal and did pledge a hard-line approach to resisting Brexit’s contentious Northern Ireland Protocol during the leadership race.

Last month’s contest exposed deep divisions within the party and, if elected this time round, Mr Donaldson will face a similarly daunting task to bring the DUP together again.

Here are some other DUP members who might be asked whether they are ruling themselves in or out of contention in the days ahead.

The North Belfast MLA was elected as deputy leader when Mr Poots was elected leader. She is viewed as one of the most moderate members of the DUP with a more liberal approach to social issues. That, however, may work against her when it comes to convincing the fundamentalist wing of the party that she could represent their views. She is also relatively inexperienced in senior roles, having never held a ministerial position at Stormont.

MP for East Belfast and former lord mayor of Belfast. The face of the party’s young generation. He was deeply uneasy with Mr Poots’ electoral victory. However, Mr Robinson is a firm supporter of Mr Donaldson so he would be unlikely to run if his Westminster colleague decides to throw his hat in the ring again. A former barrister, Mr Robinson is seen as a very capable operator. He would also be viewed as a political moderate.

Was tempted to challenge for the job in 2015 but ultimately did not run after Peter Robinson made it clear that Mrs Foster was the preferred candidate to succeed him. The arch Brexiteer is a popular figure with the grassroots. Whether he would consider running this time round is unclear. His opportunity to do so may have come and gone in 2015.

The son of the party founder, Mr Paisley has a very significant personal following in his North Antrim constituency. However, he is viewed as somewhat of a maverick who ploughs his own furrow. His standing within the party outside of his constituency heartland has been dinted by a series of controversies involving the non-declaration of foreign trips with the parliamentary authorities. He was also closely aligned to Mr Poots’ leadership bid – something that would likely work against him given recent events.

Could the ousted leader make a surprise comeback? That would be seen as highly unlikely. Mrs Foster has appeared unburdened by the travails of leadership since her forced departure. She has also apparently been inundated with attractive offers from outside the world of electoral politics.