THE Euros are in full swing now and it has been a decent tournament so far. It feels like it is getting ready to explode now that we are in the last round of group games and the knockout stages are just around the corner. Obviously the most important thing in the Euros so far is that Christian Eriksen is alive now after his cardiac arrest and he is on the mend thankfully.

So far, Italy have looked the most impressive team in the tournament. They won all three group games and without conceding a goal to continue their 31-game unbeaten run. They look like a team that know exactly what their manager wants them to do, and they are playing very well as a team with every player contributing. France, like most people, were my pre-tournament favorites but they haven’t really got going yet even though they beat Germany in their opening more comfortably than the 1-0 score line suggested. France’s biggest issue is that their squad is so loaded with talent that it is hard to keep the players who out of the team happy and in the lead up to the tournament there was a little spat with Oliver Giroud and Kylian Mbappe, but I still think they are the favorites to win it out. If they hit 75% of their form, they will be so hard to stop with the strength of their team and no team will want to play them in the knockout stages. 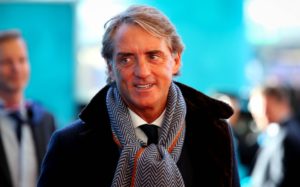 Germany, the traditional European powerhouses, have recovered from their opening game defeat to France to look like a completely different side in their 4-2 defeat of reigning champions Portugal over the weekend. Watching the game against France there were a lot of questions lingering over the Germans, but those questions were firmly put to bed.

On the flip side of Germanys performance, Portugal have had a very mixed start and now they face a real fight to even get out of the group of death they are in even as a best third placed team. They started very well with a comfortable 3-0 victory against Hungary but then their defending in the Germany game showed a little bit of vulnerability to them and the soft underbelly they might have. The loss of Joao Cancelo with Covid just days before the tournament was a big blow to them and now, they need to get a result against France to have any chance of getting out of the group and retaining their trophy. Ronaldo’s form for them has been good though, and when he is in your side you are always going to have a goal threat and he is the leading goal scorer in the tournament now so he will want to continue to break records.

England are a very funny team to try and analyze. On paper (and this has been like this for a long time now) they have some of the best players in the world at their disposal but trying to get them to gel for tournament football and all pulling in the one direction has always been difficult. Gareth Southgate has done a decent job as manager now, but the pressure is on him, but he doesn’t know what his best side is. Harry Kane is misfiring, but Southgate is reluctant to drop him as he is his main man and captain and there are times, I get that when managers make those decisions, but he hasn’t had a shot on target in both their games so far. Southgate has an embarrassment of riches in the attacking side of his squad but for some reason he hasn’t used Jadon Sancho yet (he didn’t even make the matchday quad for the first game) and Dominic Calvert-Lewin has only played one minute of the tournament. For some reason also he took Phil Foden off early against Scotland when he looked like the only player who was going to make something happen for them so unless a few things change football won’t be coming home for the English.

Belgium have been impressive so far too and now with Kevin De Bruyne just about fully fit they are going to have a real chance of getting their first major international trophy. Romelu Lukaku is a massive goal threat for them, and he is in fantastic form so if those two can stay fit they will go close, I feel.

Of the rest of the so-called major nations, Spain have struggled massively so far, and they face a real battle to even get out of their group which without being disrespectful of their opponents they should be doing easily with the players they have. Holland even though they have won their two group games are still lacking a little bit for me and are benefiting from the fact they had a decent draw in their group, and I don’t think they are contenders.

The tournament is shaping up nicely now and we have a real treat in store for us over the next couple of weeks, but I think it will be France who will be lifting the trophy.

The Pádraig Amond column appeared in The Nationalist on Tuesday 22 June and you can read his column in the paper every Tuesday.