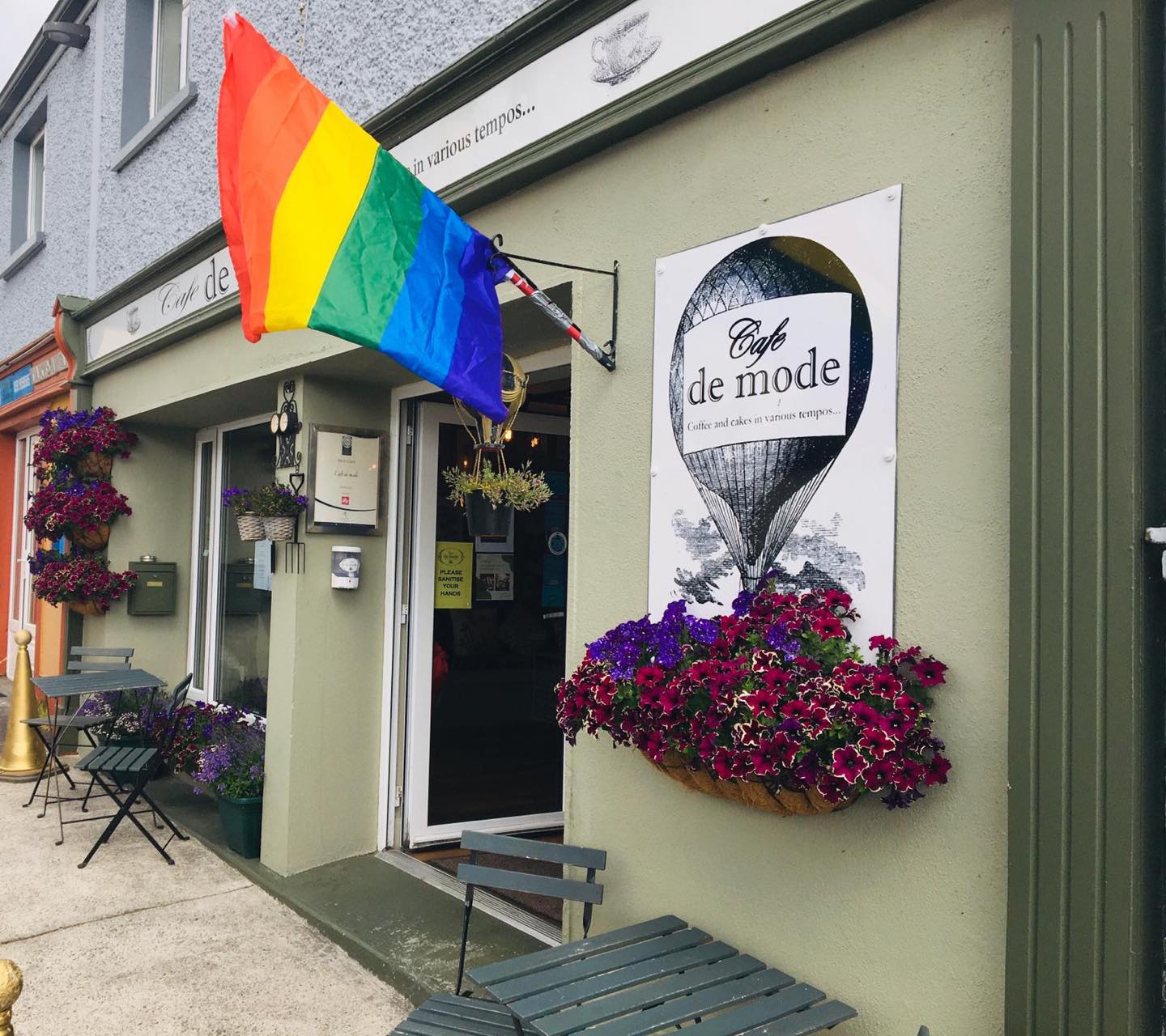 The flag was ripped down from outside the café and burnt

A GAY Pride flag was torn down from a coffee shop in Ballon and set alight at the weekend, but the owners of the business are determined to replace it, while the gay community say that such acts of vandalism just make them stronger.

Dave and Miriam Lloyd from Café de Mode in Ballon put up the flag on Saturday to show their support for Gay Pride Day, as is their tradition since Carlow’s first Gay Pride festival took place three years ago. They were horrified on Sunday morning to discover that the flag had been ripped down and set on fire.

“It’s upsetting to think that this happened. I never thought that I’d have to take the flag in at night, when the café was closed, especially in a little village like Ballon,” Dave told ***The Nationalist***.

However, since news of the flag-burning went public, Dave and Miriam have been overwhelmed with messages of support.

John Paul Payne, chairman of the Carlow Gay Pride Festival, said that actions like burning Gay Pride flags are counterproductive because they bring communities together, as people stand in support of one another.

“It feels so violent to do something like that to such a peaceful symbol; the flag represents something so positive in Co Carlow,” said John Paul.

“It’s so counterproductive to do something like that because, really, people are reaching out to support us, so our community is actually made stronger and grows because of things like this,” he said.

John Paul is also the editor of ***The Out Magazine***, which is included in this week’s edition of ***The Nationalist***.

“We wanted to show people what it’s like to be part of the LGBT+ community while living in the countryside. People say that they have to travel to Dublin or wherever to be part of that, but we have our own thriving community here in Carlow,” added John Paul.

John Paul has also organised a new Gay Pride flag for Café de Mode, which is winging its way to Ballon right now!

“We’re getting a new flag, so we’ll fly it as soon as we get it to show support. Love is love, after all,” concluded Dave.