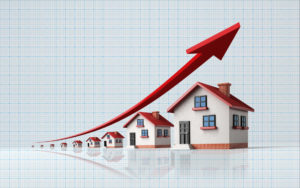 THE asking price for a four-bedroomed house in Laois will set you back almost one-third of a million euros.

The average  price for this type of home is €310,000, while the number of new properties sold from March to June of this year in Laois stands at 92.

The figures are contained in the latest Daft.ie index of house prices across the country, with house prices in Laois 17.5% more expensive that the same time last year.

Commenting on the rise in property prices, Ronan Lyons, associate professor in economics at Trinity College Dublin, said: “The picture that emerges from this latest Daft.ie House Price Report will be no surprise to anyone looking to buy a home in recent months. Across the country, the average price rose by 13% – or nearly €33,000 – over the last 12 months. To put this in context, this rate of inflation is higher than the previous peak of nearly 12% in mid-2017 and is only surpassed by late 2014, the surge of demand before Central Bank rules came in, in the 58 quarterly reports compiled by Daft.ie since the start of 2007.”

Professor Lyons said: “The reason for these trends is obvious, if counterintuitive to someone who had not lived through the first year of the Covid-19 pandemic and its associated restrictions on economic activity.

“Housing supply ground to a halt, while housing demand – especially in the first-time buyer cohort – expanded rather than contracted. Demand expanded because of the very peculiar nature of this economic crisis, compared to others. While some sectors were almost obliterated overnight, and survived only with government support and forbearance from lenders, large parts of the economy – especially those on higher incomes – were unaffected other than a reorganisation of how work got done. And with far fewer outlets for consumer expenditure, housing became a sink for savings. Supply ground to a halt for two reasons.

Firstly, and arguably the lesser of the two factors, at least for now, construction was halted. Due to the nature of the work, it fell victim to public health measures. However, the overall impact on the number of homes built has been modest, comparing, for example, homes built in 2020 (nearly 20,700) with the number built in 2019 (just over 21,000). So while construction remains woefully inadequate compared to the true level of housing need in Ireland – likely as high as 50,000 new homes across all tenures and types – it can’t explain the spike in prices over the last year. Instead, it is the secondhand market that is driving the fall-off in supply. “Between 2015 and 2019, the typical month in Ireland saw just under 5,000 homes listed for sale, the vast majority of those secondhand. The figure accompanying this piece shows the number of homes listed for sale, by month, each year since 2015. The typical year has two peaks in listings – one in May, when about 6,500 homes are put up for sale, and the other in September when 6,100 come on to the market. January, November and in particular December are the quietest months, with just 2,400 homes on the market in December.”