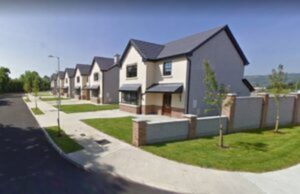 A SEWAGE pumping station in a Laois housing estate may not have had planning permission, or else may have been built “in the wrong place”.

That was the answer given to Laois cllr Aidan Mullins, when he asked for an update on much-delayed county council plans to take charge of Crossneen Manor estate in Graiguecullen.

In a written response at a district meeting, a county council official said the planning department is having ongoing discussions with the developer to resolve issues such as retention permission for a sewage pumping station and other works, including undertaking a CCTV survey.

At the June meeting of Graiguecullen-Portarlington Municipal District, cllr Mullins asked what retention permission meant in the case of Crossneen Manor.

Head of finance Gerry Murphy replied: “I assume there is a pumping station in the estate that does not have planning permission, or it may have been built in the wrong place.”

Mr Murphy said he would obtain exact information for cllr Mullins on the current situation in the Graiguecullen estate.

Cllr Mullins criticised the ongoing delay in taking Crossneen Manor in charge at another council meeting last April, when he said he had been raising the issue for four years.

He noted that there was a €300,000 bond that would be paid back to the developer, when the council was happy that all outstanding issues were addressed.

The term ‘taking in charge’ means that the county council takes over responsibility for the upkeep of the estate, including roads and footpaths, lighting, drainage, sewage and other infrastructure.

Housing schemes cannot be taken in charge by the council until a ‘snag list’ is resolved by the developer.

No plans for Castledermot cemetery works