CLIODHNA Nolan was in stunning form this morning in Czech Republic where she won the Lightweight Women’s Single Sculls Repechage to confirm place in the A/B semi-finals at the World U23 Rowing Championships. 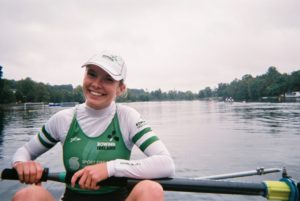 Nolan was over ten seconds quicker than in her heat and she was well clear of Iulia Narivoncic in second place in a time of 7:52.23. Of the five other competitors that Nolan will face in tomorrow’s semi-finals, that time is the fastest so far of this Championship and only one other rower has gone under eight minutes in these Championships.

A top three finish in the semi-final would qualify Nolan for the ‘A’ final and if she finishes in the bottom three she will go into the ‘B’ final.