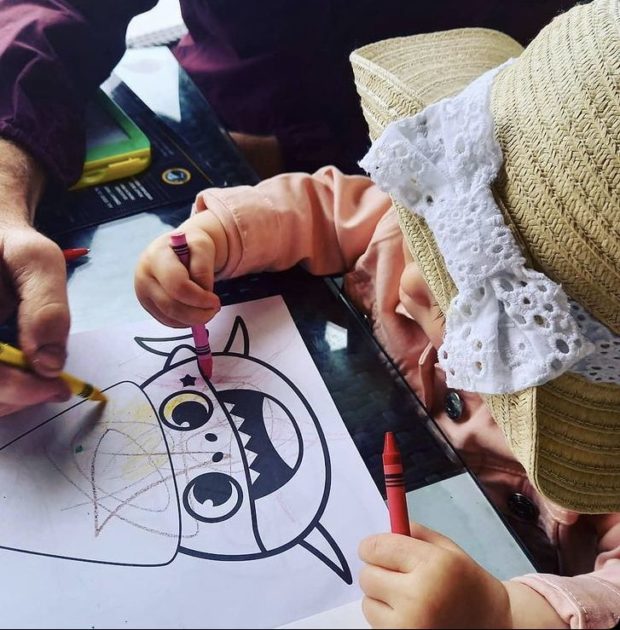 A CARLOW woman has hit upon a novel idea for parents who wish to keep their children occupied during this staycation season. The ‘Keep ’em busy’ staycation bag aims to keep the kids away from the smartphone when a family is out and about and is made by Ana Coady’s Dainty Sweetheart Designs.

We’ve all been there or seen it in a café or restaurant: to placate child for a few minutes, a smartphone will be produced. Mum-of-one Ana wasn’t against giving a phone on the odd occasion, but felt there had to be another solution.

“It’s very difficult at their age not just to hand them over the phone and that kind of thing. That’s some of where the idea came from,” said the Carlow town resident.

On a recent break, Ana also witnessed a young family of five knock great craic out of simple things like a pack of cards and a board game in a hotel lobby. The ‘Keep em busy’ bag was born and there are different bags for ages one to three, three to five, five to six and seven to eight.

“With one to three it focuses on fundamentals, motor skills. There are threading activities, nuts and bolts, colouring, fidget spinners and activity books,” she said. 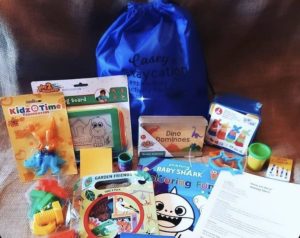 Other bags feature age-appropriate material, including activity books and children’s books, along with card games and other cool stuff. “There are things that you can just pull out anywhere and are reusable. It’s not just a one-off.”

Ana did a bag for her own toddler Charlotte, which went down a storm.

“It’s left permanently in the car. If we are at granddad’s house or a friend’s house, I will pull it out and keep her entertained for a while, instead of her running wild!”

The travel bags themselves are customisable and you can print your little one’s name on them, even the location if you wish to commemorate a trip. The bags cost €30 and can be collected in Carlow town or posted for an additional fee. More information can be found on Dainty Little Designs’ Facebook and Instagram pages.